What IS the Five-Year Marriage®?

Annmarie Kelly was been in the same place you are now. She watched her friends change when they got married, and not always for the better. She saw many marriages lose their luster and end in divorce. Worse than that, too many marriages didn’t end in divorce, but should have – for the health, happiness and well-being of the couple, and their children. After a while, Annmarie started thinking that marriage wasn’t such a good deal – especially for a woman. After working hard to become independent, she got to wondering if marriage was really for her.

It wasn’t until she found a man she could consider marrying that Annmarie found a better way. Instead of settling for the “till death do us part” stranglehold, Annmarie opted for a different kind of partnership. It’s one that is short-term and contractual. The end of each marriage includes an options to continue, but with a whole new contract.

The Five-Year Marriage® isn’t some simple old-school idea for renewing your vows. Instead, each marriage is separate from the last, making it new and different. Each one challenges the status quo of traditional marriages.
In The Five-Year Marriage®, Annmarie Kelly challenges conventional wisdom and tradition with a process that shifts the paradigm to a more practical and more tailored to each couple’s relationship.
Annmarie blazes a new trail through the wild adventure called marriage with:

The Five-Year Marriage® is like a warm hug and a kick in the butt.
It’s a game-changer!

If you are thinking about marriage,
and aren’t sure about the “forever”
or “til death do us part”
aspects of traditional marriage,
then this book is for you. 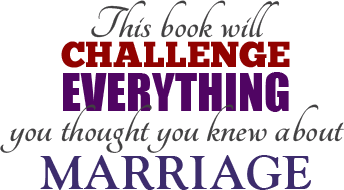