I empower women to LIVE VICTORIOUSLY!

My Empowerment Journey & How You Can Start Yours!

Hi! I’m Annmarie Kelly and I’m the woman behind the Victorious Woman Project and The Five-Year Marriage®. I help women – like you – figure out how to have a better life, either as a single person or as marital partner. 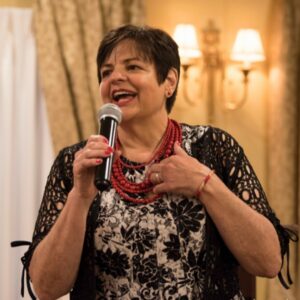 You might be surprised to find out how all that started.  You wouldn’t be the first. Some people find it hard to believe now, but I was a shy and introverted kid. In my “old school” Italian-Catholic family, I knew ,my “job” was getting good grades in school, then get a job, get married, buy a house, and have children. And it better be in that order! OK, the house could come either before or after the children. But the rest of it was sacrosanct.  Today I call that the “pre-program” that so many young girls were given. That and the regular reminder that girls should be seen and not heard.

So, when I wasn’t studying and playing games like Clue, Monopoly, and Scrabble, I read books and watched TV. I read a lot of books and watched a lot of TV. Both of those got me through my childhood and teenage years in a household that included alcoholism and mental illness.

That’s when I first started noticing strong women – ones who were seen AND heard. I loved Nancy Drew and Little Women’s Jo March. I was fascinated by women like Katherine Hepburn, Bette Davis and Mae West. When Billie Jean King came onto the sports scene, it was fun to watch her go toe-to-toe with her male opponent in her famous Battle of the Sexes…and then go on to change tennis for women. And I’d just started running when, in 1984, I was cheering on Joan Benoit as she competed for and then won Olympic Gold. 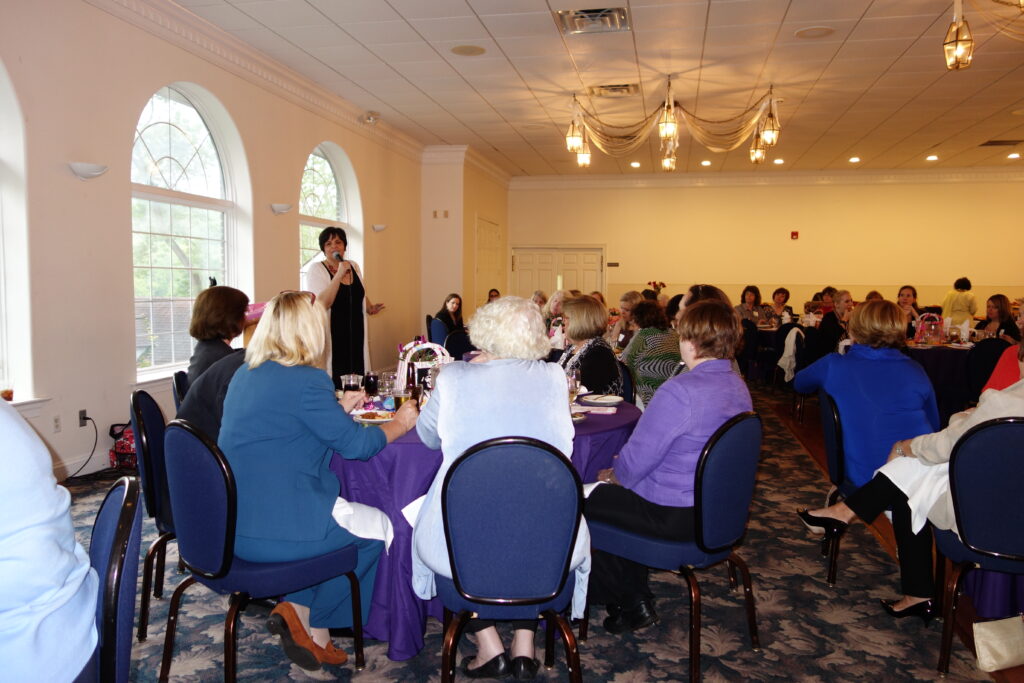 Those were some of the women who, though I stayed on the good girl path into my twenties, challenged my thinking.  A broken engagement at twenty-two sent me down into “the valley” – a place many women go when life gets too hard. When I came up, the good girl stuff was over.  Then I met Millicent, who told me “thoughts are things” and opened the door to a new world. She introduced me to Jeanne, who taught me “new thought” and was my spiritual mentor for twenty years. They opened up a whole new world for me, one that eventually resulted in a happier and more satisfying life. 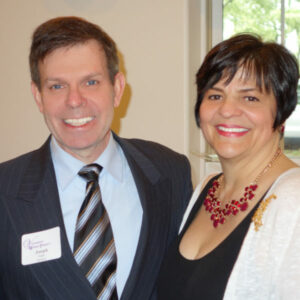 By the time I met Joseph Eagle, I was independent. I lived alone and liked it. I had a decent job, a good social life and I owned a house. When Joseph wanted to get married, I suggested buying a house and living together. We did…but Joseph still wanted to get married. That’s when I got the idea for the Five-Year Marriage®. When he agreed to the idea, we were married six weeks later (everyone thought I was pregnant!). We had no idea then how powerful that idea would become for us and our relationship.  A year or so later I started my own business focused on helping people create better lives. In corporations I taught communication skill-building and management development. In small groups, I helped women and men design the lives they loved living. In 2001, shortly after 9-11 and a personal health crisis, I got the idea to write my first book, Victorious Woman: Shaping Life’s Challenges into Personal Victories . I interviewed lots and lots of women and chose nine poignant stories for that book. I also began teaching classes designed especially for women. 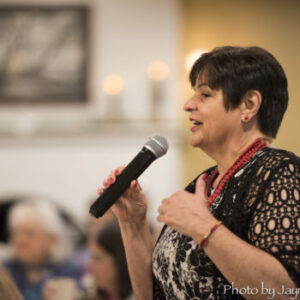 My second book, Victory by Design, was created in response to women in those classes who wanted to know how to make their life better – they wanted clear step-by-step details.  All the while I was speaking to groups, giving seminars and teaching workshops. I focused on topics related to women’s empowerment and victory (finding your voice, designing and living your best life) as well as communication skills, mentoring and DiSC® Behavioral Styles. Now, whether I’m working with corporations, women’s leadership groups, couples or couples’ associations, government agencies, or with individuals, I encourage clients to LIVE VICTORIOUSLY – out loud and in living color. I help women – and the men who love them – develop their own personal victory strategy so they can solve problems, transform adversities into opportunities and achieve their goals. I encourage them to embrace their personal power by stretching out of their comfort zones and into authentic, personal leadership. Here’s some of my “official” info:

If you are a single woman, or an engaged or married couple, and want to create a better marital experience through The Five-Year Marriage®, here are three things you can do:

My most popular programs:

To book Annmarie for your next conference, retreat, or to discuss a corporate workshop,
contact her at 610.738.8225 or annmarie@victoriouswoman.com.

Thank you for your presentation yesterday! Thanks on behalf of the West Chester Newcomers Club, but also from me personally. I enjoyed your information and presentation style and it gave me food for thought when I came home. I can imagine I was not the only one who felt that way because you engaged everyone in the audience.
~Brigitte

Excellent flow of material; Annmarie’s presentation was excellent!
~US Government, Department of Defense

Our participants left…with practical, usable skills with which to implement change in their unit. Over time we have noticed the positive results of these changes.
~ Training Manager, AFSC

I’m still hearing from attendees about what an impact [Annmarie Kelly’s] two sessions had on the way they will be doing business in the future.
~ Conference Chair, Century 21

Your advice and coaching was superb…all of the participants found it a valuable experience.
~ Educational Programs Administrator, CHASE

[Annmarie’s] advice and coaching was superb…all of the participants found it a valuable experience.
~ Educational Programs Administrator, CHASE 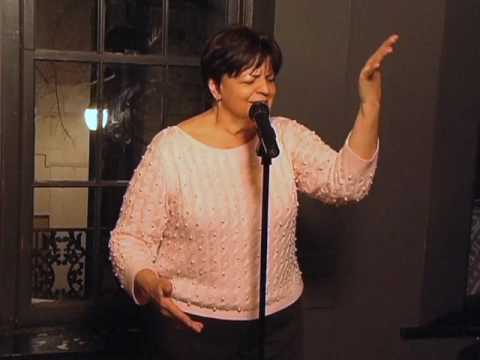 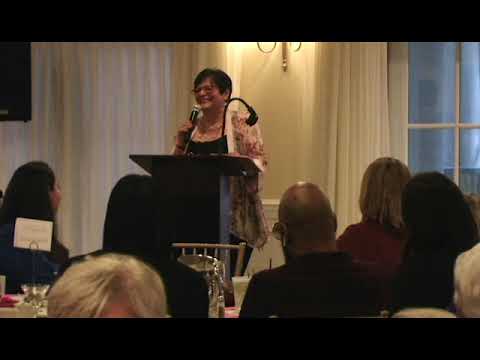 Empowerment Tips
to Improve Your Relationship

Non-Traditional Marriage – A Recipe for Success 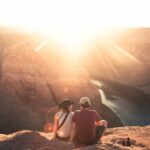 When I got married, I didn’t want to lose my personal power or sense of self as I saw happen to my girlfriends. Those relationships would crush their spirits – often leading to divorce, or ‘living together loneliness’. […] 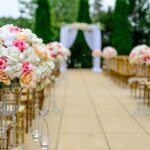 Planning a wedding takes a lot of time and getting it all right is important. You’ll think about the clothes, the location, the vows, the food, who gets invited, where they sit, hairstyles, color schemes, favors, decorations, and […] 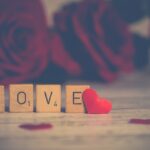 August is Romance Awareness Month! Ready for some Romance? Wait – are you thinking it’s too late for romance, or that you’re single? Hmmm…what if it’s not too late, OR what if the romancing you need is with the relationship you have […]

The Secret Recipe for a Successful Marriage 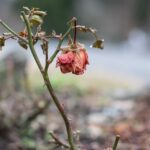 Everything Beautiful Needs Attention or it Withers and Dies Your beautiful marriage is no different. Life changes and stuff happens. You, your partner, and your relationship change along with it. You need to reset to get back in […]

Read More The Secret Recipe for a Successful Marriage

Empowerment Tips
to Jazz Up Your Life

Forget ‘New Year, New You’. Try This Instead. 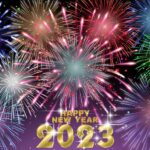 It’s HERE: Your Brand New Baby Year! Are you noticing the same thing I’m seeing this New Year? There aren’t as many of the traditional “New Year New You” pieces on TV – at least not like in the […]

Read More Forget ‘New Year, New You’. Try This Instead. 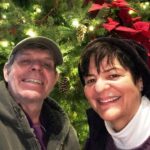 Lately, I’ve been reading a lot about jump starts. It’s a popular term that’s loved by many of us in the teaching/coaching world. And for good reason. The dictionary defines a jump-start as “to impart fresh or renewed energy to something.” FRESH. […]

Do You Feel A Little Stuck? Wanna Get Unstuck? 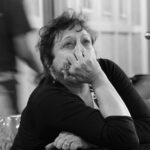 If you feel like your life has too much fizzle and not enough sizzle, you aren’t alone.40% of women in midlife feel the same way right now. If you’re ready to re-ignite your personal sizzle, join me for […]

Read More Do You Feel A Little Stuck? Wanna Get Unstuck? 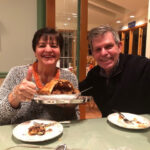 A few days ago, on Halloween, I was driving to my office, happily admiring the last of the oh-so-vibrant fall colors (I think they’ve been the best in years), and listening to the radio. As I drove downhill […]

Reinventing Yourself
The Victorious Woman Project

What Women Have Are Saying:

Great relationship guidance. [The Five-Year Marriage is] a must read for everyone wanting strong, loving, and continuously growing relationships. Family meetings serve as a communication tool to create open dialogue leading to better understanding and acceptance.

[Annmarie’s] advice and coaching was superb…all of the participants found it a valuable experience.

Victorious Woman! is an uplifting book EVERY woman should read. The stories are a testament to what can be achieved through the power of purpose and optimism…you are left with a true sense of hope that anyone in any situation can find a way to victory.