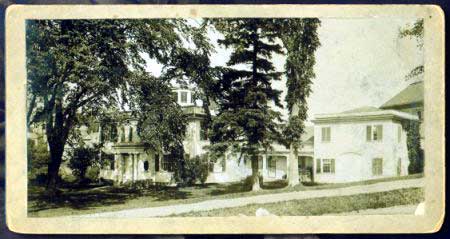 H-H-H – Hazy, Hot and Humid – that’s the weather we left in Philly…what’s it doing Downeast??

Here’s the thing: Downeast Maine, just before at Labor Day, is supposed to mean 75 degrees during the day, with a chill in the air in the early morning and evening. That’s weather that is perfect for hiking the awesome mountains of Acadia National Park, or walking it’s beautiful carriage trails. Doing both of those are two of my joyful reasons for traveling here.

But not today! At 92 degrees, with high humidity, and no air conditioning almost anyplace on the island and certainly not at the cottage, my goal is finding relief!

The last time we had a heat wave during a Downeast vacation, it was just for a few days. That year, H-H-H had us heading out on a trail at 7:30 or 8 o’clock in the morning and back at our cottage by 10am. Joseph and I would have gone to breakfast after hiking, but the restaurants were no cooler than our cottage.

I remember that year, and those days, as a search for air conditioning. As it turned out,  we found it mostly in the bars. One day we drove to the Bangor Mall, but that was over an hour away. The bars were closer, and we usually held off going until mid-afternoon. And, honestly, drinking at lunch wasn’t a burden…especially when a late lunch would roll into happy hour. It was fun! It was also very expensive.

This time was different. That’s mostly because Joseph and I needed to send evites to our September wedding and we’re still negotiating our agreements for our upcoming new marriage. So we thought about something else: libraries. Surely the libraries would have air conditioning because that would be important for the books, right?

Wrong! I called the beautiful Jessup Library in Bar Harbor. “Do you have A/C?” I asked. “I wish we did,” the librarian told me with a wistful laugh. “I’ll bet you do,” I replied, “And so do I!”

As it turned out, none of the three libraries on MDI have air. We found one library who had it, but it was off the island, in the historic town of Ellsworth. So that was our plan – finish our evites in air conditioned comfort. And, on the way, stop by the Riverside Café – one of our favorites – for brunch. This place is so Maine, complete with Downeast food served by always pleasant servers. Joseph had a spicy omelette, while I had hash and eggs. We split a pancake – all of which were up to the Riverside quality. So was the service.

After breakfast Joseph and I walked across the street and up the block to the Seven Arts Gallery to see photographer Gerry Monteux. I met Gerry a few years ago and, last year, had him as a guest on my radio show. Gerry’s work is beautiful and I was glad to see him.

It was mid-afternoon by the time we made our way to the library. It’s funny…for as many times as I’ve been to Ellsworth – where the center of town is smaller than my hometown of West Chester – I didn’t even know where the library was. Joseph punched the address into his phone. To our surprise, it was “on the banks of the Union River,” just around the corner from the Riverside Cafe.

When we first got there, I was just glad to be in air conditioning. But, once I cooled down, I could really appreciate this interesting library. It was just what Joseph and I needed for what we wanted to do. In addition, there was some historical significance of the Federalist style building. It’s been a library since 1897, but when it was built over 200 years ago, it was a private residence. Still, the interior of the building is as crisp and modern as any good library.

Joseph and I spent the rest of the afternoon at the library. It was one of two visits we made during the heat of our first week in Maine. We were there for a few hours – something that probably would have annoyed me normally. But not in the heat!

By the time we left, the sun had gone down and it was a little cooler. We returned to the cottage, had some dinner and began this year’s vacation binge-watch show: Stranger Things.