Making the Most of Retirement

Annette Glaudel is making the most of her retirement – and she’s on this episode of Victory Chicks Radio to tell you all about it – and to give you some interesting ideas for yours.
Listen to “Making the Most of Your Retirement | Annette Glaudel chats with Annmarie Kelly” on Spreaker.

Listen to “Making the Most of Your Retirement | Annette Glaudel chats with Annmarie Kelly” on Spreaker.

Thinking of downsizing into Retirement?

n the midst of the tiny house phenomena, Suzi Siegel became fascinated with what was going on in her own town of Queens NY. She discovered a plethora of tiny things – including NYPD’s smallest bomb-sniffing police dog, the shortest first name and an itsy-bitsy topless bar. More importantly, Suzi discovered a whole new way to see the world. Suzi Siegel joins Annmarie Kelly to talk about what she learned from Tiny New York. There are plenty of books about New York City. But there has never been a book about the smallest things in the biggest city.

Suzi Siegel is a former investigative report and travel writer. And, for part of her career, worked with the Philadelphia police force. 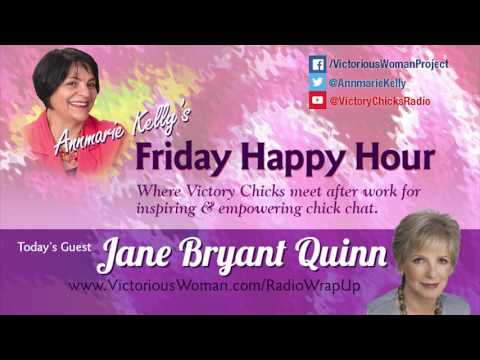 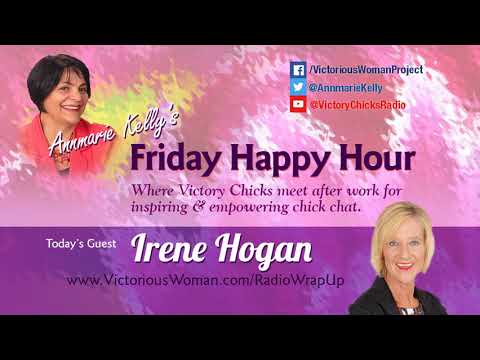 Kathy McCabe – Listen to the Podcast!

Kathy McCabe is a results-driven Certified Life Coach who reinvented her career in her mid-life and has helped many other women do the same. In addition to her life coach training, Kathy has more than 20 years of experience in the corporate world working as a litigator and law-firm partner, and also as a small-business entrepreneur. Kathy loves to help women find more real joy, empowerment, and purpose in their every day lives. Find Kathy on her Website and on Facebook

Senior Care, Medicare – Things to Understand for Your Retirement

Cathy Sikorski – Listen to the Podcast

Happy Hour friend, Cathy Sikorski is back this week to talk caregiving, Seniors.  We’ll also be talking about Cathy’s new book, Who Moved My Teeth

A Gift For You

News You Can Use

We want your Feedback!