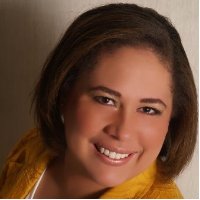 Thinking about starting a business? Danielle Keperling’s Lancaster-based construction company, Historic Restorations, specializes in historic preservation and restoration company specializing in the restoration of 18th and 19th century buildings. Hear about how and why Danielle got started in this family-owned business, how she used marketing to build her success, and where she’s going from here.
Danielle Keperling has worked in the construction industry since 2001. Danielle recently earned her MBA in Management from Eastern University and is keeping herself busy organizing the Central Pennsylvania Preservation Society monthly meetings and volunteering on the Historic Preservation Trust of Lancaster County’s marketing and publicity committee. She enjoys the creativity and exchange of ideas that the design/build project entails. Seeing the project go through the initial meeting, design, and then building process is one of the most rewarding aspects of the job to Danielle. Danielle co-authored a recently released book on historic preservation with her father Chuck. Preservation Primer, Volume 1: Avoid Common Mistakes that Cause Irreversible& Costly Damage to Your Historical Building’s Architectural Integrity is available on Amazon in both Print edition and Kindle edition.
Here’s a small sample of the work that Danielle has been involved in:

Learn more about Danielle and her company at www.historic-restorations.com
Tune into Friday’s show to hear Danielle’s story and get a special offer from Danielle!