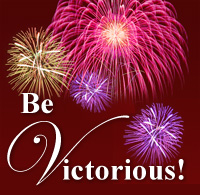 There is a moment during every marathon race that a runner is said to succumb some of the most excruciating physical and mental pain. This is commonly referred to as “hitting the brick wall.”
When the wall is finally reached, the runner ultimately has two choices to make, fight back in order to finish the race or simply fall down and admit defeat. Realizing that you may have depression feels very much the same way.

For me, this realization nearly came at the cost of my life.

In 2008, I found myself in the middle of a bitter separation, a long and drawn out custody battle coupled with a very difficult and abusive work environment. There were days when life became so unbearable, I dreaded going home at night and hated to be at work even more. I spent the greater part of my work day literally in tears at my desk hoping no one would notice.
I slept over twelve hours a day and never wanted to get out of bed. The only thing that seemed to keep me sane during this entire time period was knowing that I had to take care of my dog and I could see that it was affecting him too.
If my friends and family were to describe me they would probably say, “She has always been a very strong person who could handle just about anything thrown at her. She is often the first to offer a helping hand and is a social butterfly.”
Ironically, I found myself completely alone during the most painful time in my life without a single person in my life that I could count on or talk to. The youngest of fifteen siblings and not one person I could ask for help, this very fact still saddens me today. Not for me, but because they have not yet come to realize the importance of family in their lives. I hold mine closer than I ever have before.
One night while driving home from work, I began to feel like something was terribly wrong. My vision became blurry and I felt like I was driving inside a tunnel. Everything around me seemed to be imploding inward and I could only stay focused on one very small area of the highway with no exit in sight.
When I finally stopped panicking long enough to get off the highway, I drove up to the closest hospital, turned the car off and simply fell to tears at the wheel. I do not remember much of anything else that night.
I woke up the next day in the emergency ward. The doctor explained that I had a severe case of depression, was mentally and physically exhausted and had two underlying medical conditions.
I simply hit my brick wall and my body shut down in order to protect itself.

The real victory in my life came with realizing that I could no longer live life this way.

Hiding my illness and suffering without the help that I needed was slowly killing me. I knew that I had to break through this brick wall in order to finish my race and live the life that I always wanted. That brick wall was shame. I was ashamed to admit that I had a mental illness, my marriage was a failure, my children blamed me for it, I was no longer capable of working, I was nearly broke and I was extremely unhealthy and unhappy.
Looking back, I often joke about the day I went into the hospital totally drug free and came out with an entire case of them. Depression is an illness that depending on the severity of it, must be treated with medication or it can have life threatening consequences.
The medication helped to reopen the tunnel so I could see more clearly, focus on the things that I needed to do and get my life back on track.
In the months and years that followed, I left my employment, sought the help of a marriage counsellor and have healed both mentally and psychically from the scars of that time period. I do not look back on this time with regret, I use it to pull strength from because even in the darkest of days, I know that if I could make it through that, I can make it through anything.
Determined, I decided that if I was going to be stuck at home due to illnesses, I might as well make the best of it.
I spent the next little while taking inventory of my skills, researching current trends, analyzing my own personal goals and I decided to take a chance and invest the last little bit of money I had to start my own freelance business. That risky decision changed my life. I got my first job as a freelance and I now own a rather successful online business and have the freedom, finances and strength to do whatever I choose.
I am healthy, happy, financially secure and proud to report that my marriage has never been better. While I still battle with some of my illnesses, they are all under my control and not the other way around.
Victory is not always about winning a battle or overcoming a challenge, but rather what choices you make when you face them. I decided to fight and break through the wall, and because of that I am a Victorious Woman and I hope that I can inspire you to be one too!