Annette Glaudel
Riddle of My Life 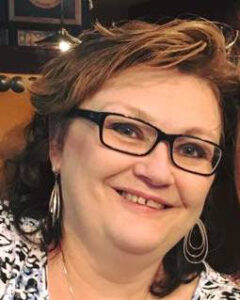 Probably over thirty years ago there was a popular riddle. It went this way: a father and son are in a horrible car crash that kills the dad. The son is rushed to the hospital; just as he’s about to go under the knife, the surgeon says, “I can’t operate—that boy is my son!” Explain.
Here’s another riddle…a friend of mine did well in high school and went to two prestigious schools for a Bachelors and a Masters in Engineering. He was hired by an oil company where he provided technical support for refineries, managed hundreds of people, budgets, and projects. After 31 years he chose to retire. But after retirement he decided to use his skills and continued working by volunteering to make repairs to homes whose owners were living in poverty. He managed the work, replaced floors, plumbing, built decks, and much more. Yet somehow people were always surprised that he had the ability to do these things. Why?
Riddle number one…the surgeon is the mother. Not a long lost biological father or the secret partner of the father killed, but the mom.
Riddle number two…this story is about me not a “he”.
When I was 17 or so I thought I looked like Gloria Steinem. I had the long straight hair, the glasses, and the fervent belief in women’s abilities. I didn’t burn my bra but often didn’t wear one mainly because I probably didn’t need one. Unlike now when I think they’ve run out of letters for bra sizes for me. So here we are forty plus years later and this is what I experience: “Wow, you drive a truck?!” “I never knew a woman who could fix a toilet.” “If you put all women and girls on that repair team…how is that ever going to work?” A man tells his son “Stop crying, you’re acting like a girl.” I ask some question and the man looks at and answers to the man standing next to me. My girlfriend says “Women aren’t good at driving in reverse.”
After all this time we still seem to be wondering who the surgeon is. A woman? No way!
I am creative and logical. I am organized and scattered. I do crafts and I fix toilets. I am left brained and right brained. I’m still on my soap box but it’s just harder to get on and off it. Where do we all go with this? We need to keep inching toward the idea that every person is individual with many different God-given talents. Are these talents marked male and female when doled out? I don’t believe so.
Almost every day there is something that is said quite innocently that irks me. Ok, so I’m often cranky. But I will continue to be an advocate for women to do whatever they want to do. Not that they all need to know how to fix a faucet. But don’t deny them the opportunity to learn if they so choose and don’t act so surprised when they can do it. And not all men need to know how to fix that faucet when they would prefer to pick out coordinating linens.
I’m beyond middle age, and I feel I’ve done plenty in my life. Just hate having to prove that I did what I did. I graduated from an Ivy League university in Engineering, I’ve been married and divorced, I managed a large portion of two oil refineries, I’ve traveled on my own, I did hands-on care of my parents, I watched them die, I’ve survived two occurrences of cancer, I am dedicated to supporting my church, and I love helping people by fixing their homes. I am not an expert by any means; I just continue to learn something new every day and ask lots of questions and have faith in God. And yes, I am a woman.