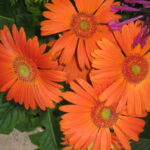 Today is the 50th anniversary of the assassination of President John Kennedy. For some of you, especially you Baby Boomers, this was that seminal moment that sticks in your mind. You may be old enough to remember how the Kennedy administration and the small first family – young, vibrant, exciting – were compared to the story of Camelot, a popular musical of that time.
Each generation seems to have that one thing that shatters the way we see the world – and we remember exactly where we were when we got the news. For our parents or grandparents, the was the bombing of Pearl Harbor. If you’re a GenX Victory Chick, for you it was the Challenger disaster. For Millennials it was 9/11.
On November 22, 1963 I was in school but outside playing. I remember wondering why the two older girls looked so upset when they came in to talk to our teacher. I thought they did something bad. But they hadn’t. They were giving the news of the assassination to our teacher, who gave us the news.
I was looking online to find out where other people were then. I found out that before she sang about white rabbits, Grace Slick was a floor model in a San Francisco department store. Ryan O’Neal wasn’t yet a Peyton Place or Love Story heartthrob but an out-of-work actor driving to the unemployment office. Meryl Streep was a sophomore in French class. Gayle King’s father worked for the government and her family was living in Turkey. They couldn’t get television coverage of the assassination. Instead, her family were all gathered around a ham radio.
Where were you?