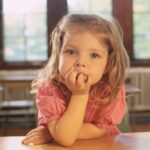 What have Beyonce, Jennifer Garner, Jane Lynch, Condoleeza Rice &others been doing with FB’s CEO, Sheryl Sandberg?
They’ve been making a commercial or maybe you’d call it a public service announcement. The purpose is to ban the word bossy. Have you seen it?
I think Sandberg’s intention is a good one, and she definitely has a point. In a recent interview, she explained how little girls are called bossy on the playground.  Then, by the time they get into middle school, girls start to hang back and let boys take the lead. I taught middle school and know what she’s saying – I’ve watched it. And she’s right.
Sandberg said, “…if you ask girls why they don’t want to lead, whether it’s the school project [or] all the way on to running for office, they don’t want to be called bossy, and they don’t want to be disliked.” And that’s true. Statistics indicate that being liked is more important to most girls than being leaders. That continues into adulthood. I’ve had those kinds of conversations on my Happy Hour Radio Show talking about things like Queen Bee Syndrome with WomanTalk Live’s Ann Quasman or power women with Great Dame’s Sharon Hake or any one of a handful of other similar conversations.
Sandberg went on to say, “We call them too aggressive or other B-words in the workplace. They’re bossy as little girls, and then they’re aggressive, political, shrill, too ambitious as women.”
So, I agree with the sentiment and the intention of the PSA. However, I think banning the word bossy, or any other word, is just plain dumb. Here’s why:
Words have power, it’s true, but they only have the power you and I give the word. Banning the word only gives it more power. It becomes an even meaner thing to say…because it isn’t just an everyday insult, it’s a more potent arrow.
There was a day when the word feminist was associated with women like Gloria Steinem and Helen Gurley Brown’s Sex & the Single Woman. Back then they and their publications were met with sneers and jeers. But as women got a real handle on what the word meant, respected and well-known women, like Marlo Thomas & Oprah Winfrey, wore the feminist robe. Then men like Alan Alda said they too were feminists. Over time, the word and the attitude became something good.
Consider what one woman did with another “B” word. Instead of being offended, she decided the “B” word was an acronym for the phrase: Boys I’m Taking Charge Here. She give that “B” word a whole new power.
So, instead of banning the word, I’d rather see a PSA that celebrates it. At the end of the Sandberg PSA, Beyonce looks directly into the camera and pronounces, “I’m not bossy, I’m the boss.” And that’s the right direction. Little girls – and some of us big girls too – can wrap our heads around being the boss – and we ARE the boss. We earned the right to be the boss…and bossy. It’s a good thing!
And, realistically, if one little girl or boy (or big girl or boy) wants to hurt another, if we “ban bossy” mean girls and boys will just find another word to hurt. The goal shouldn’t be to ban anything. It should be to raise up what’s good and make it something we admire and want to be. I think that’s how a woman with power like Sheryl Sandberg, Condi Rice and the others – and men in that commercial – would most help not only little girls but some of us good girls who aren’t so little.
Here’s the PSA: Ban Bossy
Here’s the Sandberg interview: Sandberg/ABC