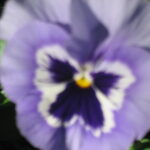 “Guilt is a monkey on your back,” proclaimed good friend Ellie. She went on to explain how guilt served no purpose except to make you feel bad.
That was thirty years ago and Ellie’s words were on the mark. Guilt doesn’t serve any good purpose. On the contrary, it’s a toxic emotion. Studies have shown that it weighs you down (literally!), affects your decision-making, and can even show up as a health problem.
Unfortunately, like an alcohol or drug addiction, many women don’t know how to stop. Women are socialized to feel guilty about everything you do (or don’t do) for your parents, your kids, your spouse, your friends…everyone and everything!
Giving up guilt after a lifetime of feeling like it’s a normal part of your life takes effort. But you can get started now. Here are a few ways: