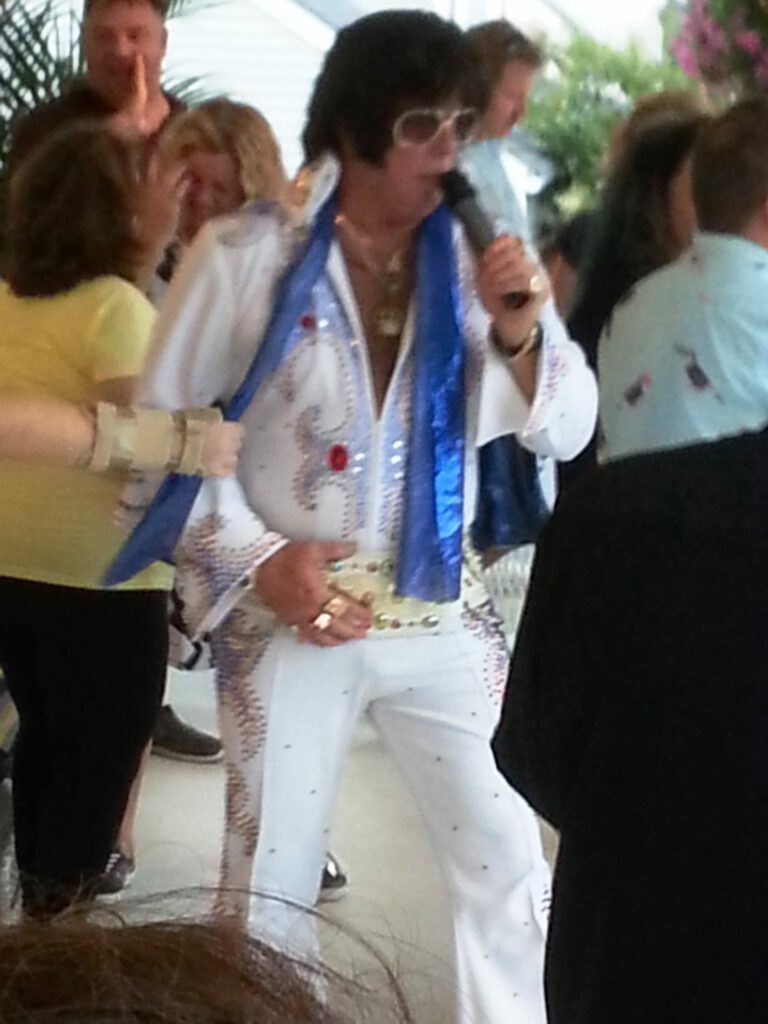 This past week was the 40th anniversary of the death of Elvis Presley – or was it?

You might remember that my sweetie, Joseph, is a huge Elvis Presley fan. In fact, last weekend we were in North Wildwood NJ and Elvis was there. Well, naturally, it wasn’t the real Elvis. The Elvis impersonator was fabulous. And, while he was hired by the owner of the Summer Nites B&B (where we stayed), it was something of a block party. We had such a fun time and “Elvis” made a point to play with every woman guest at the B&B.

But I wondered about Elvis being dead.

Last week I watch this show on Reelz. I don’t know if it could be called a documentary or if it was just dumb gossip. It featured five or six columnists and biographers who were making the case that Elvis did NOT die.

According the them, Elvis just wanted a normal life, so he faked his own death. And they cited things like his middle name is misspelled on his gravestone. It was a little too Paul didn’t wear shoes in that Abby Road picture, but it was interesting to think about. I mean…

I’m not a conspiracy theorist, but they made an interesting case. And, you know, Priscilla Presley never remarried. She was only married to Elvis for about five years and then she was with some guy for a long time…but they never married and eventually broke up. And she’s run the Presley estate and fortune like a top-notch business woman – and her estimated net worth is somewhere between $100 and $150 billion. And she’s in her 70’s and Elvis is – or would be – in his eighties. So, maybe Elvis did fake his death and Elvis and Priscilla are living out their golden years together.

News and important information about Annmarie Kelly, The Victorious Woman Project and/or The Five-Year Marriage.

Topics and articles that are worthy of sharing. Sometimes this is related to pop culture, celebrities, science, politics or local news