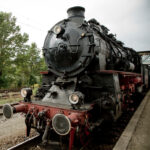 Here are two things you can do to embrace change, whether you choose it or it chooses you:
1 – Remind yourself of past changes and how you managed them successfully.
After my mom died, I was busy with the funeral, clearing out her apartment, the will, etc. Then that was done. On the next Monday, I planned to work in my home office. But instead I found myself watching Law and Order Criminal Intent…at 10 am…and it was a show I’d seen at least twice. I thought, “This isn’t good. Something’s wrong.”
But the next day, and the next, instead of working, I found myself doing the same thing. By the third day, when I was immersed in the Steve Wilkos Show, I was pretty worried and started to question myself.
Then, all of a sudden, I remembered a time when I was laid off from a job and felt the same way. “Ha!” I said as I realized, “I recognize this feeling. For these past few years my job was caregiving and now I’ve sort of been laid-off.” As soon as I recognized it, my energy changed. It wasn’t long before I was back to work and handling my grief appropriately.
You’ve handled change before and done it well. OK, maybe not every time, but you don’t need to focus on your weaker times. You DO NEED to focus on the times when you were strong and successful. And when you remember, jot it down in your Victory Journal – so it’s there when you need it another time.
2 – Take time to process the change and look for the personal motivation that enables you to take personal responsibility for the change.
Find the thing that is good – even when it seems impossible.
In 2009, my neighbor’s spouse and mother both passed away during Christmas week, both unexpectedly and within a few days of each other. She was naturally shocked and devastated.
From the very first days, the one thing she focused on was that she had to get through the first year. She knew if she did that, one day at a time, she’d find her way again. It was an odd way to motivate herself, but even when she spent days in bed trying to wrap her head around the stunning changes in her life, she kept telling herself that all she had to do it get through the next 12 months, then it was 11 months, then through Valentine’s Day, etc. Next she made herself go back to work, and because the nights were her worst times, found an 11pm-7am job. During the day she’d go to the senior center, play cards and have lunch. After nine months, she was able to work a day job and by then she only had 3 months to go. And by the time of the first
Last year she got married to a guy she met at the senior center.
Remember: change doesn’t guarantee success but success won’t happen if you don’t change something. I’ll repeat the adage I started this month’s theme with: If you always do what you’ve always done, you’ll continue to get what you already got.” And humorist Will Rogers said, “Even if you’re on the right track, you’ll get run over if you just sit there.”