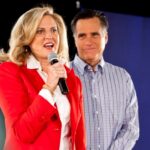 It’s confusing, isn’t it? All the noise about the GOP’s supposed “war on women” doesn’t seem to match up with the facts. The “war on women” is empty rhetoric put out by the Obama White House and its media sympathizers. It’s nothing more than another volley against conservative and independent women. And for its hypocrisy, the Obama White House should feel ashamed…but it won’t. In fact, it is likely to double down in an effort to confuse women voters, many of whom are already overworked with job and family responsibilities.

Most recently the “war on women” talk isn’t from the GOP, but instead from Obama friend, consultant Hillary Rosen, in a CNN interview about the “war on women.” Talking about Ann Romney, spouse of presidential hopeful Mitt Romney, Rosen blustered, “Guess what, his wife has actually never worked a day in her life.”

Ann Romney was a stay-at-home mom. Does the liberal press think women with children, who don’t work outside the home, are nothing more than bottom-feeding parasites? Apparently, within the Democratic Party, a woman’s only worth in the political arena is her vote. Which should make you wonder who’s really raging a war on women.

Personally I think it started when the incredible Geraldine Ferraro ran for Vice-President in 1984 (first women ever), with Walter Mondale. During the campaign, the press hounded Ferraro with questions about how she as VP (and possibly president) would handle herself as a woman in power. The questions from both liberals and conservatives were often sexist and condescending, implying that Ferraro (for no other reason than that she was a woman) would be an easy target for all those big, bad male heads of state.

When the Mondale-Ferraro ticket lost, that was it for Democratic women in Presidential politics. From that point on, I believe liberals have treated women as though they are good for only one thing – their vote – and they will do and say anything to get it.

Think about it. In 1993, when President Clinton needed one more vote to get his very controversial economic bill passed, he couldn’t get the needed vote from any of his solid liberal buds. So he went to a newbie, Pennsylvania Representative Marjorie Margolis Mesvinsky. Until that moment, the freshman representative had opposed the bill. But after a sweet-talking from the Bill Clinton, she voted for it. The bill passed and Clinton got what he wanted. It wasn’t as good for Marjorie Margolis Mesvinsky; that vote ended her political career.

In 2007, Hillary Clinton ran for president for months with (what seemed to be) the full support and blessing of the Democratic National Committee. The DNC danced Clinton along for month upon costly month, dangling the presidential spot in front of her. Outwardly, it seemed as though Hillary was unbeatable.

But behind the scenes, something else was going on – the DNC was looking for and found a man they thought would win – the much-less-experienced Barack Obama – and got behind him so fast that Hillary didn’t know what hit her. Through most of 2007, Hillary’s party wooed her but then, with the wink of an eye, they sideswiped and abandoned her.
To many, many women it seemed exactly like what happened to them in corporate America – they put in the time, got the experience, were promised the corner office and then, whoosh – they were swept aside in favor of a man who was relatively new on the scene and who had a fraction of her experience.

During the election, even though the Democratic women got on the Obama bandwagon, they felt screwed over by their party. Most still do.

If a party is willing to do those things to one of their own, then it isn’t a stretch to understand how the Dems justify the way Republican Sarah Palin was demonized in 2008 and beyond, or how Michele Bachman was dissed in 2011.

And now Ann Romney is the target – apparently in Rosen’s mind, because she just a dumb stay-at-home mom; I guess she should be seen and not heard – like a good little woman.

But she won’t. College educated and well-spoken, Ann Romney has been Mitt Romney’s partner and confidant for over forty years. She was a stay-at-home mom for five sons born between 1970 and 1981. She has battled multiple sclerosis since 1998 and, in 2008, was diagnosed with breast cancer, treated with a lumpectomy. Ann Romney served capably as First Lady of Massachusetts and in a variety of positions with charitable organizations.

What’s the problem? Why is anyone dissing this smart, brave and capable woman?

The Democrats have demonstrated, time and time again, that they have no use for a woman except for her vote (and maybe her ability to use her voice to get more votes). And to make sure they have it, Dems are willing to use social programs, old and new, to keep a woman – preferably every woman – dependent.

To the Democratic Party and their war on women, two clichés come to mind: “People who live in glass houses shouldn’t throw stones,” and more to the point, “Talk’s cheap and actions speak louder than words!”

What about other countries? Here’s a blog post I wrote about women in power in other countries: https://bit.ly/INeCdv
Picture: https://www.mittromney.com/blogs/mitts-view/2012/03/ann-romney-mitts-better-half