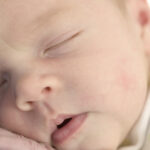 I’ve always been of two minds about the landmark Roe v. Wade ruling. I’m pro-choice and anti-abortion. I know, it’s incongruous. And, though I have a lot of conservative opinions, I can’t say that I would campaign for or against Roe V. Wade. But it didn’t make abortions possible, because abortion existed before. Roe v. Wade made abortions easier to get and more acceptable.
When I was a young teacher, I knew a woman who had an abortion. At the time she seemed to take it in stride, like it was part of life (so to speak), a way to solve a problem. I don’t know if she’s ever had any regrets or guilt because we never talked about it. I do know she never had children. I’m glad I never had to make that choice.
But Pattie Mallette did. She’s the executive producer of the award-winning short film, Crescendo. Almost twenty years ago, Pattie got pregnant and was “encouraged” to have an abortion. She didn’t. For those of you who don’t know, the baby that would have been aborted is Justin Bieber.
By comparison, there’s an ad put out by the center for reproductive rights. It features a handsome man with a very sexy voice. He’s congratulating Roe. Happy Anniversary Roe has quite a message. I don’t know which is worse in this ad, the sexism or the racism. Whichever it is, I find it really disturbing.
What do you think?