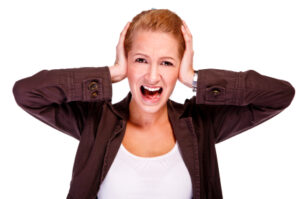 Did you get your taxes done? I did, but much later than usual. As a result, I was in a very long line at the post office today. It wasn’t just with tax-payers. There were five people in line ahead of me who were mailing packages, four had multiple packages, so the line grew longer fast.

Are you a people-watcher?

I’m a people watcher, so I watched the other people who did have their phone with them. I’m guessing they were answering emails or checking their social media because most of them were smiling and a couple chuckled.

Watching people do that always makes me laugh because I’m old enough to remember a time when, if you saw someone by themselves – in a line or in a car – and they were laughing or talking, you thought they were a little off.

Lost in their own world

Now you realize they’re having a conversation with someone, either talking or texting, or joining a party on facebook or twitter. I sometimes think this is such a good time to be crazy because you can get away with so much more in public than you could even ten or fifteen years ago. And, yes, I know “crazy” isn’t a politically correct. But I have a very long family history with crazy and that’s what I call it.

Anyway, most of the people were quietly engaged. Except for one loud man, who had no idea how lucky he was to be several people down the line from me. I hate it when people are rude like that in public…like I should be impressed by his/her importance.

If you ask, I answer!

One time, also at a post office, the woman in front of me was on her phone gossiping. I felt she was making all of us join in the scandalous conversation. So, when she asked something like, “What do you think?” I answered her.

That woman spun around and looked at me like I was crazy. I said, “We’re all listening, and you asked, so I’m answering you.” She gave me the dirtiest look. But she got the message and told the person on the line she’d call them back.

I know, it was ballsy of me and, for a half second, I was waiting for John Quinones, to pop out and I’d be on the “What Would You Do” show. He didn’t. But that woman wasn’t having a nice conversation and I felt like it was stressing people out. It was definitely stressing me out, and I can do stressed-out all by myself. I don’t need any help.

It’s the same thing when I’m near someone and every other word in the conversation is an f-bomb. I’m no prig, and no stranger to the language, but it’s uncomfortable in a public place. You know those signs that say no shirt-no shoes-no service. I think they should start including no cell phone and no “f’s” in public.

Go ahead, speak up!

So I spoke up. I wish I’d do that more. I wish everyone would do that more. When people don’t have respect for other people, they should be told. I only did it once, but I’ll bet if more people did that, & I mean, a lot of people, more of those conversations would be taken outside the building or into a private place.
What would you do? Would you “join in” on someone’s loud phone conversation? Or have you already done it…and what happened?

question of the month

Each month Annmarie features a question for all the victorious woman and bass-ass marriage couples to contemplate and respond to.