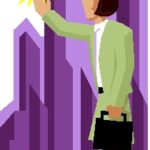 Influence – it’s great when you have it! You can get a lot done, and in the process, get a lot of your professional and personal needs met. You can advance your life and your goals. You can make a positive difference in the world.
On the other hand, without it, the frustration can be palpable.
What is influence? It’s communication that’s designed to affect a particular outcome. In politics, lobbyists are hired and paid a lot of money.
Too often, influence gets a bad rap. Like with the government. For example, Charla Nash recently hired lobbyists. Ms. Nash is the women who had her face ripped off by her friend’s chimpanzee while she was playing with the chimp; she subsequently had a face transplant. She wants to hold the state accountable for the chimp attack but it’s up to the Connecticut claims commissioner to determine if it’s a “just” lawsuit. She’s hired two lobbyists to help her influence the decision. At the same time, the Hershey Company hired lobbyists to advocate for them because Hershey has been under scrutiny for labor rights abuses.
For women, it seems like influence is tricky. Some women create influence at the expense of others…and she gets the “B” slur thrown at her. Some women avoid opportunities to create influence because they don’t want that label or don’t want to step out of the “permission circle” of her friends or co-workers – and do it at the expense of her personal goals. It’s as though there is a second layer to influence and women that doesn’t wrap itself around men.
But influence isn’t a really good thing – and until you see influence as a good thing, you could be cheating yourself.
This month check the SmartWomen@Work and New Beginnings blogs for ways to be a better influencer.