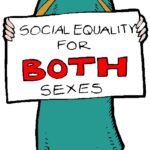 During this month we typically acknowledge and honor women who have positively distinguished themselves and made a difference in people’s lives. Few women can do that as powerfully as those who are presidents and prime ministers.
Yet until less than a hundred years ago, the women who ruled their countries were from monarchies, that is, they inherited their queenly positions. But not all queens were actual rulers of their kingdoms. Some were the propitious ceremonial heads of state while a parliament handled the lawmaking (as it with England’s Queen Elizabeth). But, whether ruling or ceremonial, the queens of monarchies had power.
Not until the 1940’s did the world have its first female president, Khertek Anchimaa-Toka, a Chinese woman. She was the first woman head of state who didn’t inherit her office.  Anchimaa-Tok ruled the People’s Republic of Tannu Tuva from 1940-44.  She served until Tuva became part of the Soviet Union in 1944 and Anchimaa-Tok’s position was eliminated.
Here are some interesting “firsts” for women heads of state:
Isabel Martínez de Perón of Argentina was the first western woman who was a head of state and not part of a royal family. She was the vice-president when her spouse, Juan Peron, was president. When he died, she became president and served from 1974– 1976. Sadly, she was arrested for corruption.
Sirimavo Bandaranaike was the first elected prime minister of Ceylon (which became, during her tenure, Sri Lanka). She ran for office after her spouse, the prime minister, was assassinated. She served from 1960 to 1965, when she was defeated. However, in the late 1960′s, she decided to run for office again and was reelected. On her second time around, Bandaranaike served from 1970-1977, when she was again defeated in a national election.
Indira Ghandi was India’s first female prime minister, and the daughter of India’s first prime minister, Jawaharlal Nehru. Ghandi was also the longest serving prime minister. She held office from 1966-1977 and again from 1980-1984.
Vigdís Finnbogadóttir was Iceland’s and the world’s first elected female president who did not follow a father or husband into office. She was the country’s fourth president and served from 1980-1986.
Margaret Thatcher was Britain’s first woman prime minister and the first woman to lead a major western power, which she did from 1979-1990. Her legacy is that she ruled Parliament with an iron fist, and thus got the name “Iron Lady.” Note: She was recently portrayed by Meryl Streep in the The Iron Lady.
Mary Robinson was the first female president of Ireland and served from 1990-1997. Mary McAleese succeeded her, from 1997- 2011. McAleese is the first woman president born in Northern Ireland and the first ever to succeed another female president; Robinson and McAleese are the seventh and eighth presidents of Ireland.
Jóhanna Sigurdardóttir, prime minister of Iceland since 2009, is the first lesbian world leader. After a long marriage with two children, Sigurdardótti divorced and started a civil union with a female partner. When Iceland legalized same-sex marriage, Sigurdardótti was still in office and she and her partner were one of Iceland’s first same-sex married couples.
Angela Merkel is the first woman to hold Germany’s highest office. Chancellor Merkel has been instrumental in the management of the European Union’s financial crisis and, in a fashion similar to Margaret Thatcher, is known as a take-charge woman. Some consider her to be the most powerful woman in the world.
In my country, the United States, it seems that women are not yet considered viable candidates for president. In 2008, for all the pandering talk about equality from Democrats, they dissed and then abandoned Hillary Clinton in favor of Barack Obama. In 2011, presidential contender Michele Bachman was vilified by Democrats and mostly unsupported by Republicans. As a result, she lost votes in the early primary elections and dropped out of the running.
In truth, it isn’t that I’m pining away for a woman president and want one elected just because she’s a woman. I don’t. But I really want women to get a fair shake. I don’t want the media focusing on her weight, clothes, make-up, hair or voice. It isn’t done to men, many of whom could do themselves some good to get help in some or all of those areas. But the media doesn’t seem to care if this man is going gray or has a terrible haircut, that one has big ears and the other one could lose fifty pounds. If it doesn’t matter with the men, it shouldn’t matter with the women.
Given the chauvinistic and degrading language of men who seem to hate women, like Bill Maher on the left and Rush Limbaugh on the right, nothing will change in this 2012 election cycle. And it’s a disgrace! But maybe 2016, the media boys and girls will grow up and act like the men and women they’re supposed to be. Then they can give everyone – men and women – a fair chance to vie for my country’s top spot.