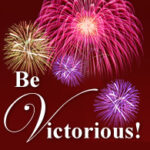 I often say that motherhood is a temp job. When the kids grow up, you have to have a new beginning and write your next chapter.
Former Speaker of the House (and the first woman to serve as Speaker), Nancy Pelosi was forty-seven and the mother of five when she ran for political office. She wasn’t sure she should run because she still had a daughter at home. When she asked her daughter what she thought, the younger Pelosi to her mother to “get a life.” And so Speaker Pelosi’s political career began.
Nancy Pelosi is also the first woman in a father-daughter political family. Yes, she had a political father, but that barely prepared her for what she faced in Congress. According to Pelosi, motherhood is what prepared her. Listen to what she says about how in this (just about) six minute interview from PBS’ To The Contrary: https://video.pbs.org/video/2206371501