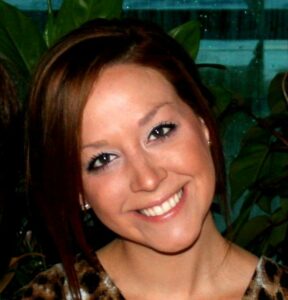 I grew up in the suburbs of central New Jersey— the middle child and only girl—as part of a functional, loving family of five. My parents were (are, rather) intelligent and compassionate people, and served as exemplary role models for my brothers and me. My parents planted the seeds for our potential and encouraged us to relentlessly purse knowledge (and relish the process of learning) and work to improve the world around us.

A quick look at my childhood would far from suggest a dark and painful secret lurking beneath the surface.

For over seven years, I suffered silently with bulimia and crippling depression. I spent nearly a decade in misery before I received any sort treatment—unable to imagine the day I’d be free from the mental imprisonment I slowly created for myself.

My bulimia began at the ripe age of 14, after extreme dieting and the fear of gaining weight led me to begin purging. I never talked about my disorder because it seemed too shameful, disgusting and bizarre for anyone else to understand.

The eating disorder worsened during my college years. I went from eating normal meals and purging them once a day to eating enormous, 5,000 calorie-binges upwards of ten times a day. The constant vomiting ravaged my body and my teeth. I weighed a meager 97 lbs from ages 19-21.

I experienced the lowest lows bulimia had to offer. In an effort to conceal my illness, I vomited into ziplock bags and hid them in my room. I stole food from friends, who caught and confronted me. I spent $60-$100 a day on food that was never digested and watched my bank account dwindle to nothing.

I was exhausted, depressed and constantly starving. I felt an ever-present feeling of guilt. My illness overshadowed the positive experiences I had during what should have been the best years of my life. Not once, though, did I attempt to stop.

The act of bingeing and purging had been an incredible and euphoric experience for me, likened to what a drug addict feels during their first few uses. Bingeing eliminated my constant hunger and purging erased my stress. At the end of the cycle, my brain was empty and my physical hunger was gone; those two end results were the goal. My brain and body were so addicted to the binge-purge cycle that it became an almost involuntary response to any stressor, no matter how minor.

For me, there was no “light bulb” moment where I decided I would finally seek treatment, rather a culmination of upsetting and embarrassing experiences that exhausted me.
At 21 years old and after nearly eight years of active bulimia, I made the decision to enter the inpatient treatment program at the Renfrew Center in Philadelphia. I began to understand what my eating disorder was about for me. It was not about food, or being thin—it was about control, and I started to realize that I had years of unresolved anger and feelings of guilt. At Renfrew, I confronted my disorder, letting myself feel guilt and pain, rather than trying to empty myself.

I was released from the program after a month of treatment. When I returned home, I was able to begin my recovery—and my life—without my eating disorder.

Presently, I am in recovery. I share my insecurities and fears with my therapist and am more open with my parents about my disorder. I’ve taken enormous steps to reclaim my life (and my right to happiness!) by starting to paint and create again, volunteering my time at a local elementary school and focusing on my relationships with my family and friends.

My life, once riddled with feelings of guilt and shame, is now something that makes me proud. I am accomplishing one of the most difficult things in life—conquering addiction—and doing it in a healthy way. I still have quite a bit to go in my recovery, but I am ready and looking forward to my life continuing to improve each day.

I absolutely consider myself victorious over bulimia, and my recovery has made me stronger and more appreciative of the great things this life has to offer.