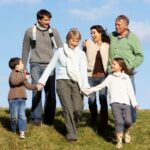 Question: A few years ago I started taking care of my mother. First it was a little physical and more emotional. Then it got to be more and more physical. So I cut back on my work hours (from full to part time). In the past year it’s become financial too. It isn’t a burden because my husband is working, but it’s noticeable. Last week my son told me he wants to get engaged and together buy a house and move in together.  We like her and we’re happy and we think, with interest rates so low, buying a house is a good idea.

The problem is that he has a lot of debt and asked us to help him out by giving him money. We can’t take care of my mother and him without going into our retirement savings. We thought about taking out a home equity loan and asking him to make the payments, but when we’ve loaned him money before, he starts repaying but it doesn’t last long. Then I get tired of asking him for the money and I feel guilty asking him. It makes my husband mad, but if he says something to my son, they just get into an argument.
I feel torn between my mother and my son. I want to help out my son but I have to take care of my mother. Any ideas?

Answer: There are a lot of variable you don’t mention, like how old your son is and if he has a job now. And you don’t say how sick your mom is. Based on what you wrote, I’m guessing your son is around 30 and your mother could live a few more years and (if she doesn’t have it now) need some kind of nursing care or home assistance in the near future.

But whatever those happen to be, this is true: the best gift you can give your son is not worrying about doing for you, in ten or twenty years, what you are doing for your mom now. Dipping into retirement savings or taking money out of your house are things that will effect your financial stability, both now and later. And by doing that, you will likely put a caregiver burden on your son when he’s sending kids to college or ramping up to his retirement (which it sounds like you are doing now).

Unfortunately, your son should have learned to live within his means when he was younger and apparently didn’t. So, now that he’s thinking about settling down, there will never be another better time than now. I wonder if his girlfriend knows how much debt he’s in or if he’s trying to hide it from her – that’s a good question to ask him (it’ll tell you a lot!).
If I were you, I would sit down with your son and…

Next, I would offer advice for getting control of his finances. I like the Dave Ramsey plan for getting out of debt. Go to Financial Peace and look for Dave’s podcasts and other free stuff. I just reread The Wealthy Barber and I still think it’s good for understanding personal finances. Finally, Smart Couples Finish Rich is a good book for him and his girlfriend to read together.
Finally, you can prepare for the likelihood that he’s not going to like what you say. I suspect that’s a big concern for you and you’ll have to get over it. Part of your job as a mom is to help him be independent. Apparently, he isn’t yet or he wouldn’t be asking you to fix his problems; that’s what kids do, not adults. Maybe protecting yourself and saying “no” without guilt (BOUNDARIES) is where you’ll find your own Victory Stretch in this situation.
Yes, your son will have to make sacrifices but that’s life. If he’s planning to marry and have children, he might as well get used to it! Money woes is one of the two greatest cause of marital problems (sex it the other one).
Good luck, Peggy. I’ll be interested to hear how you do!
Victoriously,
Annmarie