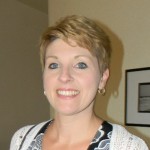 Every woman I know complains about her in-laws sometimes. I could top anyone’s story though- I had the worst in-laws. When my son was 7 months old he suffered a brain injury while in the care of my brother-in-law. To this day I do not know what really happened, but the doctors said shaken baby syndrome. After a lengthy investigation, charges were filed and my brother in law accepted a plea bargain.

My son fully recovered quickly, but I did not. For over three years I was close intimate friends with ANGER, HATE and FEAR. I was a victim. I did not talk to my husband’s sister or her husband, who had been watching my little baby when this happened.

I’m lucky I had a spouse who understood I could not maintain a relationship with his sister and her family and he fully supported me. He cut off all ties too. This put a severe strain on our relationships with my husband’s parents and grandparents too.

I really let ANGER eat away at me. It affected my life on a regular basis. ANGER, FEAR and HATE are a heavy burden to carry. They consume time and energy. They hurt emotionally and physically. I felt righteous, I felt guilty, I felt mad, and I felt sad too. I could cry at the drop of a hat.

For three long years my husband and I would occasionally talk about his sister and her family. I know my mother-in-law and father-in-law hated having this major split in their family. I know my husband missed his sister and her family and I missed them too. We had spent a lot of time with them prior to the accident and now there was emptiness inside of me and sometimes when ANGER, FEAR and HATE were taking a break, I really felt a hole. I missed that part of our family. I wanted my kids to grow up and know their cousins.

But the question was – how do I let go of ANGER, FEAR and HATE? They had become my closest friends. I knew though that they were physically and mentally draining me. I needed to move on and become a survivor and stop being a victim. I approached the subject of reconciliation with my husband and we agreed to reach out to my in-laws. I sent out a simple email – we wanted to see them, we did not want to rehash any events, we just wanted to see what happened. I wanted them to understand that I did not know how I would react to seeing them; I might not be able to sit in the same room with them. And I understood if they did not want to see us, because they were mad at us too. I supported my brother-in-law being prosecuted.

So, one spring afternoon we met at the playground with our kids. I saw my nieces for the first time in years. They saw my son for the first time since he was 7 months old. He was almost 4 at this point. They met my daughter for the first time. We fell into awkward conversation but it came easier as the afternoon went on. By the end of the day, ANGER, FEAR and HATE were on their way out. FORGIVENESS and LOVE started to replace them.

It has been 2 years now and I know some people do not understand how I could FORGIVE and even more, how I can LOVE. I consider my sister-in-law and brother-in-law among my best friends. It is a choice I made. I get to choose how I feel. I determine if I am going to let FEAR, ANGER and HATE rule my life, or if I am going let FORGIVENESS and LOVE be my companions. It is empowering to take control over my feelings instead of letting them be in control.

I chose not to be a victim anymore. I became a survivor. It is good for my family, good for my body and good for my soul. I lost that chip on my shoulder. My kids love their cousins. My husband has his sister back. The hole I had in my heart is filled.

My advice to other women who carry ANGER, FEAR and HATE around – Let them go. You don’t have to find LOVE to set you free. You can just let go of the heavy burdens and chose FORGIVENESS and INDIFFERENCE. Choose not to let negative feelings weigh you down. Make the choice not to let yourself be a victim anymore. You don’t forgive someone for their benefit. You forgive them for yourself. The person doesn’t even have to know that you forgive them. You just need to know it inside yourself. Make a conscious decision to let go of the bad feelings. You’ll lighten your load. Your mind and body will heal.
For me, victory is choosing how I feel.