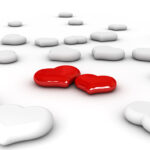 Feeling Disconnected From Your Spouse?

Writer Judith Viorst once said, “One advantage of marriage, it seems to me, is that when you fall out of love with him, or he falls out of love with you, it keeps you together until you maybe fall in love again.” I agree! There are times when, during any five year period, you can feel totally disconnected from your spouse. Sometimes it’s because you have problems at work or maybe because your children or parents are taking up so much time that you’ve forgotten to make space for your relationship. And sometimes it’s for other reasons. It’s natural in any relationship, and really likely in marriage.

Kristin once told me that, in her case, they got involved with a religious sect. Both she and Tim, her spouse were deeply involved and even brought their son along to meetings. As she told the story, she described different events, including one particular request made by the head of the sect. Kristin thought things were starting to get “weird” and she didn’t want to be involved. She and Tim argued about it and a disconnect happened. They got divorced. A couple years later, Tim also decided to leave the sect, and for similar reasons.

You Need Time, and Guideance, To Work Through the Disagreements

By the time Kristin told me, twenty years had passed. During that time, she’d dated other men but never remarried. But that wasn’t the reason for the sadness in her voice. “The thing was,” she explained, “there wasn’t anything going on that couldn’t have been worked out. We were young and didn’t know what else to do but get a divorce. I think if we would have waited it out, we would have worked it out.”

…While Some Relationships Ruin the Individuals

It’s not the only time someone has told me they wished they’d given it more time. At the same time, I know many couples who stay together without any positive change and squeeze the life and soul out of each other.

When to Stay and When to Leave Your Relationship

One of the tenets in the Five Year Marriage® is that, except for abusive, illegal, or immoral behaviors, you agree to stay together and work things out. Chances are, if you really loved each other once, and get some help (counseling, mediation, etc) the season of disconnection will pass. As you formulate the next five year contract, you can use the “disconnection” event to help discuss and create a more purposeful agreement between you.

And if, at the end of five years, you’ve done what you could (and still haven’t worked it out, then split. But at least you won’t wonder if you should have stayed – or be sorry that you stayed too long.

Want to Transition to a Five-Year Marriage®?

Learn more about transitioning from a traditional marriage to a Five-Year Marriage®? Here are your next steps:

Articles by Annmarie Kelly about her journey writing her latest book, The Five-Year Marriage. Tips, anecdotes and inspiration for other aspiring writers.