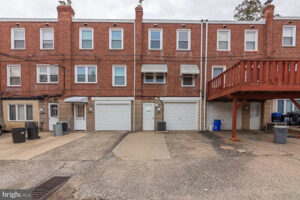 I talked about boundaries in a recent newsletter. I explained what led to one of my boundaries, maybe my most important one: no one is allowed to yell at me.  I use that boundary in my Five-Year Marriage® and it enables me to feel safe – to speak up, to be respected, to love fully. Safety is an understated value in any marriage.

But I’ve also used it outside my home. This is my favorite story about boundaries:

Before Joseph and I got married the first time, we bought a brick and stone Drexel Hill row house with a common driveway that went past the back of each house to the main street. I loved that little neighbor hood until “Neighbor Dave” (that’s so much kinder than I usually describe him) moved in down the street. Dave was in his early forties, married with one child. He wasn’t nice, and though he seemed to  idolize his child, I remember being concerned for his spouse’s safety.

Dave’s house was closest to the end of the block. Neighbors had to pass his house to leave the development. When they did, if Dave was around, he would yell threateningly. He even put in speed bumps on either side of his tiny driveway area so you had to almost stop…which gave him more time to yell. It was annoying and I’m sure people gave him the finger from time to time (OK, maybe just Joseph and me did). Until that day…

It was a beautiful summer morning, around 10:30, when Joseph and I set out for a hike. As we drove past Dave’s house, he started yelling at me. Maybe it was because my window was down, and he got too close to my car, but for the first time I felt unsafe. And that day I decided I was done with his threatening behavior. I threw my car into park, jumped out, and stood in front of him. Dave continued yelling at me, arms flailing. He couldn’t even hear that I was saying…calmly and in a lower slow voice, “you are not allowed to yell at me again.” I said it over and over and over while he continued to yell and as a crowd of neighbors formed on the driveway.

Finally, Dave stopped. And then I said again, with more emphasis, “you are not allowed to yell at me again.”

Dave stared, apparently dumbfounded. He said nothing. It seemed like he  couldn’t process my words.

Then I said it again…just to make sure that, as my mantra sunk into his brain, he heard me correctly. Next I turned away from him and got back in my car. I left him alone to face our neighbors and drove away.

Knowing my Boundaries gave me the Power to Speak Up

Dave never yelled at me again – though I never missed a chance to give him an icy stare as I drove past his little patch of the driveway. OK…maybe my look had a little bit of a “go ahead, I dare you to yell” in my eyes. For emphasis… 🙂 I felt the power.

Joseph and I moved about a year later. I heard that, after a few phone calls, the township made Dave remove the speed bumps. And Dave got a visit from several men on the street. His bad behavior calmed down.

However, for me, I saw the bonus of boundaries in action. It was an awesome lesson for me.

Today, when Joseph and I argue, I know the difference between arguing and yelling. If it happens that Joseph yells, I call him on it. And, because he knows and respects my boundary, he checks himself and stops.

The safety I feel with him as a result enables me to feel safe to love him as fully as I do. It’s the bonus you get when you have strong boundaries.

What are your boundaries?

Successful communication is a cornerstone of a successful relationship. These articles offer insight, tips and tools for improving communication between couples.