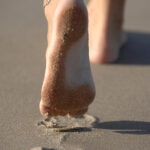 You know what you’re having for the “big dinner” and whose coming. Next, one of the biggest challenges every cook faces is to getting everything on the table at the same time, and at the temperature it has to be. So maybe you make a chart or a list that includes what you can do in advance, what has to be done the morning of, when you’ll shop, and what time everything has to go in the oven and taken out.

It’s not different when you are making plans to accomplish something for your SELF. In some of my success workshops, I show women how to look at the goal, break it into three segments and then break those into smaller, doable tasks.

One time, when I was using this method, I broke a big task down until the first step became making a phone call. The big task was overwhelming, but when I broke it down, I knew I could make a phone call. That wasn’t such a big deal. So I did it.

Though I had no way of knowing it then, but that call put me on a path that eventually resulted in writing Victorious Woman. Without the original plan, I wouldn’t have gotten onto the circuitous path and probably wouldn’t have ever become an author.

Your plan will keep you on a path so that, even if you get sidetracked, you can go back to it. Start with the big picture of what you want and break it down into logical steps. Then break those steps into very small doable tasks. Start today.