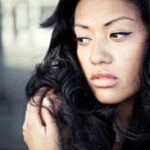 Recently nineteen year old Julie Zeilinger wrote a guest post for Forbes.com, titled: “Why Millennial Woman Don’t Want to Lead”. In it, while Zeilinger acknowledges that young women don’t have many of the sexism that the 1950’s woman faced, but also says that, “many young women today fail to lead because of the pressure put on young women to be perfect and moreover the disparity in what we teach our sons as opposed to our daughters.” She sees that “having it all” mantra as an unspoken expectation that women must be perfect. Zeilinger says leadership is about being thin and smart but, at the same time, being the alluring sex kitten with whom every man wants to sleep.

In my opinion, one of the most on-target parts of Zeilinger’s article focused on an issue faced by most woman in leadership and with power. She writes, “But the media is not just at fault for producing images that diminish our bodies and thus our self-confidence and self worth; it must also be held accountable for the treatment of the women who do in fact dare to lead. During the 2008 Presidential campaign, Hillary Clinton and Sarah Palin were presented not as political candidates, but rather as stereotypes and opposite ends of sexist dichotomies. Both women’s ideals were dismissed in exchange for commentary on their physical attractiveness or their ability or inability to live up to typical definitions of femininity. Not only were these women abused and constantly criticized for attempting to lead, they were again reduced to the way they looked, for how they achieved or failed to achieve a ridiculous standard of perfection and ultimately femininity.”

And, in the comments, one of them proved her point with, “..she might attempt to look more professional – not like she’s trying to attract dates at the Sun Festival.”

Analyzing Zeilinger’s thoughts, psychology professor Mary Pritchard wrote Are Today’s Young Women Afraid To Lead? in the Huffington Post. She says she can see how “…instead of hearing the “girl power” message that girls can do anything and be anything, this generation of women got the message that they had to do everything and be everything. And they had to do it perfectly… or not at all.” Pritchard thinks they are choosing the latter.

Also citing the Clinton’s and Palin’s media treatment, she questions, “Why even try to be a fearless leader if you’re afraid of what people will be saying about you behind your back? Not only do they have to be perfect, they have to look perfect.” And Pritchard thinks that this kind of scrutiny is “hindering women’s abilities” to even want power positions.

Unfortunately, I think she could be right, and the impact isn’t just on younger women. Fears of criticism and rejection seem to be such big and strong deterrents that they are subduing the desire for power and success. It’s easier to live beneath the radar than to attract attention for being outspoken or strong. Also, women aren’t as likely to embrace a challenge in which they can fail.

Conversely, men generally get jazzed by the challenge. In work, as in sports, it’s about sacking your opponent, getting the win…and then going out for a beer.

Pritchard’s first article had so many strong comments, that she wrote a follow-up article. Using some feminist history and some science, she seems to question feminist principles, stating “women’s brains may not be wired to lead.” Pritchard explains how, even from infancy, females are more focused on establishing relationships. Meanwhile, males have more of a hunt and shoot mentality; they want to win. Pritchard asks, and then answers:

So, when it comes to the C-Suite, while men and women are equally blessed with good leadership qualities, women want to consider all the facts before making a decision while men want to get ‘er done. Pritchard thinks that tact could be hurting women, making them look weaker instead of prudent.

What do you think?