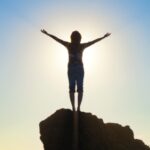 Question: I came here from another country and am enjoying the freedom women have in the U.S. Something that surprises me is that it seems like all the strong women are on the liberal side and it also seems like women are supposed to be liberal. But I have conservative ideas and I’m almost afraid to express them to anyone. Aren’t there any strong conservative women? The only one who stands out is Sarah Palin, but I don’t agree with her either. Are there others? Akanksha
Answer: This is a great question, Akanksha, and about a topic that is more confusing for women all the time. I have both a direct answer and an opinion. Yes, there are strong and purpose-driven conservative women. There are a few of them serving in Congress right now:

Those women are just four of the Republican women serving in Congress, and look out for newly elected Senator Deb Fischer, the rancher from Nebraska with a tougher-than-nails history; she’s one to watch! Outside of Washington DC, in the states, there are four female Republican Governors.

And there’s Carly Fiorina, the first woman to have led a Fortune 20 Company (Hewlett-Packard). For six years, Fiorina made Fortune Magazine’s “Most Powerful Women in Business” list.
Meg Whitman is well-known too. She took over the reigns of e-Bay in its early years. In ten years Whitman grew the start-up into a 7.7 billion dollar company.

Both Fiorina and Whitman ran for office in California, for Senator and Governor respectively. Both took a beating in the press and lost their elections.

That brings me to the opinion part of my answer.

Nervous about expressing conservative views as a strong woman?

You aren’t the first woman to tell me you are nervous about expressing conservative views. One woman told me that her spouse, her best friend and me are the only people she feels comfortable talking about her conservative ideals. When she talks to people who disagree, she feels bullied. I know what she means. Another women, whom I’ve known for a long time, once told me during a political discussion, “I don’t know how we can be friends.” That kind of comment is condescending and smacks of liberal progressive chauvinism (LPC). LPC is a prejudiced belief rooted in the superiority of liberal progressive thinking (as opposed to liberal or conservative thinking). It is the same attitude that is behind male chauvinism. Both are a form of bullying.

LPC presumes a woman is predisposed to a liberal thought process. Labeling conservatism as a “war on women” LPC’s use pro-choice and abortion rights as the high-flying banner of self-righteousness while sweeping domestic violence issues under the carpet. So, in the LPC world, it’s critical to fight on Capitol Hill for laws affecting my uterus but not for laws that would seriously punish the man who’s beating or emotionally abusing me in the name of love. Do you know that abortions are on the decline and though the Violence Against Women Act is seventeen years old, domestic violence is on the rise? In 2010, according to the US Department of Justice, 407, 700 women were victimized by an intimate partner and 37.5% of all female murder victims were killed by a current or former partner. Why fight for a woman to have an abortion but not for her right to feel safe in her own home? That makes no sense to anyone but an LPC.

Agree or be trashed

And, if a woman doesn’t agree with an LPC, then surely there must be something wrong with her. On Michele Bachman’s website, one enlightened soul wrote, “[I] still think she is transgendered. It’s the only influence which explains her opinions and lifestyle choices.” As far as LPCs are concerned, if you are gay, black, handicapped, a pedophile, or a murderer, the LPC will take up your cause with sympathy and support. But if you are a conservative thinker, you must be so damaged that you don’t deserve any consideration. You need to be trashed, bullied, censored, blacklisted or anything else that will get you back in line…thinking the “right” way. Of course, until thirty or so years ago, the world thought the same thing about women who didn’t want to be married or who didn’t want children. We now know they were wrong…very wrong. Feeling like George Orwell’s 1984 yet?

Clearly, in LPC, ideology rules. Why, even if you are a liberal Democrat who doesn’t move in lock-step with the LPC movement, you aren’t immune to LPC. Ask Michelle Rhee, a Demoncrat who was appointed the first chancellor of the Washington DC school system, the 3rd most well-funded school system in the country, and also one of the worst. Rhee was hired to fix the broken DC school system.

From the start, Rhee used a tough but common-sense approach to overhauling the failing system. She closed schools, fired principals and wanted to make teacher’s salaries performance-based. It’s a very long story but basically the unions wouldn’t do business with Rhee unless she watered her proposals down. The LPC’s vilified Rhee for taking such a hard line. In the end, Rhee resigned.

Women are expected to take one for the team

And, in the LPC movement, women are expected to take one for the team whenever necessary. In 2008, remember how everyone thought Hillary Clinton was the presumed Democratic nominee? That is, until the boys behind the scenes found a man they thought has a better chance to win. Forget that Barack Obama had a fraction of the experience that Hillary Clinton had. I remember those first few months when Obama challenged Hillary. She looked as though she didn’t know what hit her. But every working women knew…it was the old boys network in action. It was same thing that men usually did – and sometimes still do – to women in the workplace.

After the election, Hillary Clinton accepted the position of Secretary of State but she wised up. When there was a scandal brewing over the murder of the Libyan ambassador and three others, she disappeared. That’s when the LPC’s trotted out UN Ambassador Susan Rice to tout the party line (instead of the more logical and appropriate choices of Hillary Clinton or VP Joe Biden). Now Rice may not be promoted to the next level because we now know that what she said wasn’t true. Liberal Progressive Chauvinism on parade for all to see.

Stand up for your conservative values

So, Akanksha, I would stand up for your conservative values. You came to this country to experience a freedom you didn’t have in your own country…and it includes your right to speak freely and feel safe doing it, even when others disagree with you. There are plenty of strong conservative women, and you must be one of them. I hope my lengthy answer gave you the confidence to empower yourself to find and use your conservative voice and speak up! It’s women like you who will make the difference!

Good luck and best wishes as you move victoriously forward!!
In victory,
Annmarie

Annmarie, I’m a bit baffled by your comment that progressive liberals are not concerned about violence against women. Abortion may get the headlines, but addressing violence against women is a huge part of the liberal/progressive agenda. Remember that the Violence Against Women Act you cite was drafted by Joe Biden and signed by President Clinton. Instead, it is the conservative politicians who champion “legitimate rape” and try to disempower women (e.g., by trying to limit access to birth control), which is why I am always surprised when a woman supports them. But everyone’s entitled to her opinion. I deplore any kind of bullying and agree with you that the media is quicker to trash a woman in a powerful position than a man. I also had the same reaction when Obama first challenged Hillary Clinton; her experience would have been invaluable as president.
To Akanksha and to everyone regardless of your blue/red status, I would say stand up for your values but investigate the politicians you are considering supporting by looking at different news sources including those in other countries (readily available on the Internet); if you just watch one station or read one paper you won’t get the full picture.

Yes, those two conservatives said really dumb things about rape and abortion. But that’s not the norm. And it certainly isn’t the norm with conservative women. I wish they would be quicker to condemn bizarre statements and stronger about expressing their values.
And yesterday I watched the news about the football murder suicide. Over the weekend, and the little I watched yesterday, the network and cable news was all about gun violence and not domestic abuse, domestic violence or mental illness. Of course, having lived with all those, I wonder why more isn’t done to protect and educate women about the first and why we aren’t addressing mental illness. And what about substance abuse? It isn’t likely that someone who isn’t on steroids has a neck that fat; that comes with steroid use. Last night, ABC spent more time on a segment about drowsy driving than the whole coverage of the murder suicide, which focused on Bob Costas, gun violence and head trauma. This is a great opportunity to talk about domestic violence, which is what happened. A young woman is dead because she lived with a killer.
I agree with your last comment totally. I watch as much as I have time for and figure out who matches my values. Unlike many countries, we get to choose. It makes me crazy that so many people listen to sound bites instead of substance. My model for that was my mother, who always voted for the person my father told her to vote for until returned to the workplace, and then she voted for who the union told her. I think that still isn’t unusual…and, as a voting population, we have to do better.
I so appreciate that you took the time to read and respond!!!