Are you noticing the same thing I’m seeing this New Year? There aren’t as many of the traditional “New Year New You” pieces on TV – at least not like in the past. Maybe that’s because everybody realizes that the past few years have forced us to make the maximum number of “new you” changes that anyone can handle. In fact, maybe you would be happy to have the pre-covid “old you” back.

Time to leave your comfort zone!

Of course, the “old you” is about comfort zones…predictable outcomes, risks you choose instead of being surprised by, and just the right amount of “same old same old” to feel safe every day. Covid and its lockdowns changed that and gave many of us a feeling of powerlessness.

You hate that, right? But it happens even to the best of us.

Did you know that even Wonder Woman lost her power for a while? Not because of covid. She gave it up for some man. Wonder Woman traded her power for lust (and which one of us doesn’t know how that happens?!). But it wasn’t forever…

You can take your power back too!

Once Wonder Woman decided, it didn’t take long to regain her power. She bounced back fast and returned to saving the world.

For you, unlike Wonder Woman, your magical personal power won’t come back in a flash. But it’s time for you bounce back!

So what do you do?

I have a friend who has lymphedema – a side effect of a cancer treatment she had in her 30’s. If you’ve ever been to The Girlfriend Gala, you probably met Mary Jo. She’s big on selling the raffle tickets, but she’s also the Victory Chick who keeps things in line.

Last summer, when I was futzing with health issues (recently – and finally – diagnosed as Lyme), MJ and I had a conversation. She told me she does better when she feels angry. It enables her to process the stuff happening to her body, like dealing with pain, and swollen limbs. Anger (and her indomitable fashion sense) helps her cope with the frustration of one swollen foot that requires two pairs of shoes – in different sizes – just to be able to wear the same shoe style on both feet.

Anger gives MJ something to fight for every day. It fuels her sardonic humor, her quiet attention to details, and her self-care. It’s how she’s been bouncing back, day-by-day, for years.

Eleven years ago, MJ turned her anger into a cause. She became part of the group fighting to get insurance coverage for things like life-saving care and the very costly compression garments needed to cope with lymphedema. For years she made phone calls (thousands of them), had hundreds of meetings with members, and took many trips to DC to talk to Congress. Last month MJ had a victory when Congress passed the bill that included the Lymphedema Treatment Act. For MJ, “healthy” anger works. It fuels her power.

What about you? What can you use to fuel your bounce back? Will it be anger, love, lust, passion for a cause…or something else?

This year, instead of looking for the “new you”, go “inside” and find your spark – a piece of the “old you” – and bounce back.

My brush with Barbara…

The recent passing of Barbara Walters struck an interesting cord with me. In the early 2000’s I was interviewing women for my 1st book, Victorious Woman! Shaping life’s Challenges into Personal Victories. During that time I got a lot of calls and emails from women who had a story they were ready to tell, or who knew someone who had a story they thought I should hear.

However, sometimes I solicited a story. Like ABC’s Robin Roberts. I called her several times, always expecting her admin to answer and take a message, but it didn’t happen. But no one answered…until, one day, Robin herself answered. Shocked, I stammered out my name. Then I managed some composure, told her what I was doing, and how I wanted to include her story. We had a great first conversation that ended with Robin saying “let me check with the legal department.” The follow-up call was equally cordial, but didn’t result in an interview. I was disappointed but undeterred.

Next, I solicited Jackie Danforth, the adopted daughter of Barbara Walters. Ms. Danforth wasn’t just a celebrity kid. She had a school for young women in Maine. I’d been curious about it and, after doing some research, decided I wanted to tell that story.

In the spring of that year, I wrote Jackie a letter with a detailed outline of what I wanted to talk about, gave her the September dates I would be in Maine (for my vacation), and said I’d call to set up a meeting. It was a straightforward and sincere pitch.

I sent the letter by certified mail. I was excited when I got the signed return receipt back!

Over the summer, I called many times but never reached Jackie. I moved on with my book process, interviewing many with other fascinating women.

It was late September when I heard it for the first time – the promo for the Jackie Danforth interview with Jane Pauley. WHAT?? Was that a coincidence or did I get scooped by Barbara Walters? Hmmmm….

In October I watched the interview. Much of it followed the outline from my letter to Jackie. At first I was miffed. Then I thought, “of course, if it was my daughter and that story was going to be told, I’d want one of my friends – who was also a famous journalist – to do it.” So that soothed my ruffled feathers.

BUT THEN…I started thinking about how the very famous Barbara Walters scooped my idea – not to be mean or cut-throat, but because my idea and my pitch were just that good!

After all, if it wasn’t good, the idea would have died with my letter. That it didn’t, that it became an ABC prime-time interview, gave me a sense of confidence which, at that point, I really needed.

Over the next year or so, I did tons of interviews and pre-interviews (that I chose not to pursue). As I finished interviews and put pen to paper…OK, fingers to keyboard…I wrote (and rewrote) the fabulous Victorious Woman stories about everyday women who overcame tremendous odds.

When it was first published, women who read the book called or emailed and thanked me. It turned out that what readers got the most from was that every woman’s story was relatable. She wasn’t a celebrity or the daughter of one of the most powerful women in television.

Each Victorious Woman was a woman like you and me, who got smacked in the face with a seemingly insurmountable problem. Then she beat the odds, overcame her challenges, and stepped into her Victorious Woman self.

Forgive the brag, but Victorious Woman made a difference for so many women, hundreds and hundreds, for different reasons. I remember the physician who said she kept it on her nightstand to read when she had a rough day. I was speechless when a wealthy Main Line matron felt like I’d told her story of overcoming physical abuse in marriage. Women took heart in reading stories because they could identify with the pain and be inspired by the overcoming.

And, even as late as last month, I heard from a woman who read my book for the first time. It thrills me to know that Victorious Woman is still soothing minds, touching hearts, and inspiring victories.

If you have a copy, find and reread it. Let it inspire your bounce back.

If you haven’t read it yet, or know someone who needs to read it, you can download the Kindle version from Amazon. OR, during this month, I have a hard copy special: 20% off an autographed copy PLUS FREE SHIPPING. Here’s a link to get it: https://annmariekelly.com/product/victorious-woman/ use code NY23 for the discount.

I wish you the best and most wonderful year!

With love and in victory,
Annmarie

Something for the young single woman or couple

Know a young professional woman, or a couple who is getting married, is pre-engaged, or living together? They absolutely need a copy of The Five-Year Marriage: Shifting the Marriage Paradigm. It’s loaded with great conversation-starters and things couples need to talk about – before saying “I DO”.

Ruth got a copy for her almost-thirty daughter who is dating but not so interested in the ’til-death commitment of traditional marriage. She got it not just because it’s non-traditional, but also because “you make people think about what’s important in a marriage…it’s like a guidebook.”

And, just recently, a newly-divorced Kathleen told me, I wish I’d have read this 3 years ago when my marriage was still worth saving.”

I’m starting a new Victory Circle for women in January. The Circles will start via zoom on January 12, for 6 weeks. Cost is $595. If you’re interested, send me an email and we’ll schedule a time for a (free) 15-minutes Discovery Call: Annmarie@AnnmarieKelly.com with Discovery Request in the subject line.

Btw: If you like what you read here, and you think someone you know will benefit from reading it, please forward this to that friend, relative, or colleague. THANKS!! 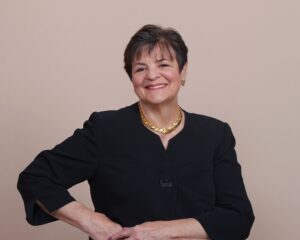 Who Is Annmarie Kelly?

Annmarie Kelly is a teacher, relationship coach, author, and the architect of The Five-Year Marriage. You can learn more at AnnmarieKelly.com. And, for some weekly inspiration, join Annmarie’s private Facebook group, The Victory Chicks Community.