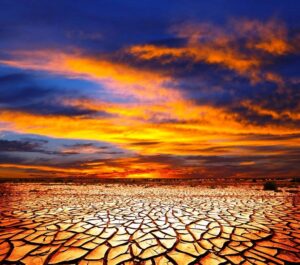 “We celebrated our fifth anniversary,” Jill told me. ”It’s a good time to look back. So I told my husband about the Five-Year Marriage®. He gave me a weird look. Then, in an irritated voice I didn’t recognize, he said, ‘Are you crazy?’ And, with that, Jill dropped the subject.

However, what she told me later was, “He thought I was talking about getting a divorce, but I wasn’t. I just wanted to talk about our relationship.”

The Five-Year Marriage® Is Not About Divorce

Of course, Jill wasn’t talking about getting a divorce. She wasn’t even thinking about it. She wanted, after five years, to evaluate their relationship. Her goal was to open a new door for problem-solving before any little problems got bigger. She also wanted to talk about the changes her growing business was making for both of them. Finally, she wanted to affirm that they share mostly good experiences, and figure out how to get more of them. Instead, once that conversation shut down, they talked about the food, their families, work…and stayed on the surface of their relationship.

Discuss the Relationship: Both The Good Elements & the Problems

Jill’s experience is common. It happens more than most women (and some men) want to admit. Then, when the marriage hit a breaking point for her, and she wants out, he’s flummoxed. The complaint goes something like this: “All of a sudden, she tells me she wants a divorce. Where did that come from?” And, when I hear that, I always wonder, “How many years did she try to tell you there was a problem and you didn’t want to hear her?”

Talking about and creating your own Five-Year Marriage® isn’t something that happens in a single conversation. Instead, it’s a process.

Think of it like planting flowers in the spring. Very often the ground is hard and compact. It doesn’t absorb water. As a result, you can’t plant anything. You can’t even get a shovel into the dirt. If you want to plant something, first you have to “condition” the ground with water. Then, when it’s aerated, you can start planting.

A Process for Relationship Growth

The mind is much the same. New ideas – like The Five-Year Marriage® – are like that too. You can’t plant in the dry, compacted soil of old ideas – like traditional marriage. The mind isn’t ready and the idea is immediately rejected.

So, even though you want to talk about The Five-Year Marriage® , if your partner isn’t ready, you won’t get anywhere. So you need to think about how to best “prepare the soil.” Every time you do , you’re gently aerating the hard soil of a mind not used to this new idea.

Tips for Planting the Seeds of Change in Your Relationship

Here are some ways to help you:

A Better Way To Approach Marriage

Traditional marriage, with its out-of-date construct, is ingrained in our brains. Most people like the idea of marriage, but even when they’re married for a long time, couples wish there was a better way. The Five-Year Marriage® is it. When you give your Five-Year Marriage® the light touch, and use examples that make sense to your partner, s/he will be more receptive. And you will both be happier for it!

You Can Transition from a Traditional Marriage to a Five-Year Marriage®!

Start here to learn more about transitioning from a traditional marriage to a Five-Year Marriage®? Here are your next steps: