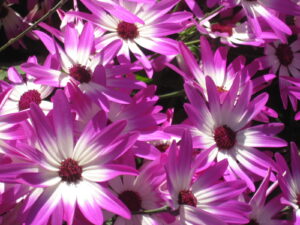 If you haven’t gotten your mammogram yet and you haven’t had one lately, or of you’re due for one, go get it. Make your appointment today. It’s part of your self-care…and there’s no excuse.

That doesn’t mean that some women don’t make excuses – and I hope you aren’t one of them. I have a cousin who, in her fifties, has never had a mammogram – not once.

In the past few years, several friends have had – and beaten – breast cancer. One of them found out she had it when she had a rash on her breast. She went to the emergency room and they told her it was probably some change in her detergent. But she had a gut feeling and didn’t accept what the ER people said. The following Monday she went to her doctor. Turns out, she had breast cancer. It was early when she was diagnosed and the breast with the rash was at Stage 1. Then they checked and found out the she had it in both breasts – but the other breast was at Stage 0. Early detection made a huge difference for her. It might do the same for you…