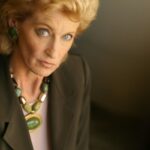 When Sheryl Sandberg’s new book Lean In, hit the book shelves, it was Sandberg who became the target of many women. Criticisms included that “she’s lucky” (vs. talented) and “privileged” (vs. successful) so she can make the rules that work for her. While lucky and privileged are low-blow comments, the harshest criticisms come from Sandberg’s assertion that women often sabotage their careers by not setting their sites on the C-Suite and being satisfied with lesser positions.
In an ABCNightline interview, Sandberg acknowledges, “The word “ambitious” for a woman, is negative.” But she cautions, “No one gets to the corner office by sitting on the side and not at the table.” She’s right. No matter what you do, if you aren’t an influencer, you’re on the sidelines.
So what?? In truth, for those women who work outside the home, not every woman has an interest in having a corner office or a career. Some women don’t want executive responsibility. Our right to choose is what the first feminists fought so hard to have.
However, when a woman is ambitious and wants a career and the corner office, where’s her support? When a woman reaches a place of power and influence, like a Merissa Mayer or Sheryl Sandberg, who seems to be first to fuel the fire of negativity? Other women. It’s tough enough when men attack a woman’s success. But to women like me, when it’s women attacking another woman with condescension instead of facts, it’s louder and more offensive. It seems as though women who aren’t in the C-Suite think that the women who are there have no right to speak out against some sacred feminist talking points about the glass ceiling and women being victims of it (no matter how much those points cripple women’s successes).
Haven’t women had enough decades of being silenced? If women keep pulling other women down instead of seeing what they do right and modeling, we won’t have to worry about a glass ceiling. We will continue to live with one of our own making.
If you missed the interview, see it here: ABCNews
If you haven’t signed up yet for my next webinar, How to Talk So People Can Listen, do it today. This webinar includes a DiSC Personal Profile. Register now.