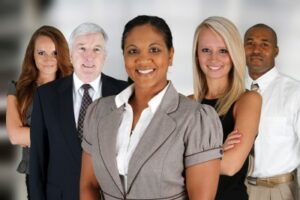 Women’s History Month starts today and I wonder, does it matter anymore? I mean, do you ever think about the women who came before you – either historically-speaking or in your family? Who were they and how did they impact your life?

My early tastes of feminine power came from reading.

As a kid, I devoured Nancy Drew! books; I was enthralled with her. It wasn’t just because I loved mystery novels – I could have read any one of a million of those. What I loved most was that the person solving the mystery was a girl who got respect, Nancy Drew mysteries were feminism wrapped up in a young adult novel.

Feminism wasn’t really embraced in my old-school Italian Catholic family, and well…Nancy had it along with everything I didn’t have…but wanted.

In those days, Nancy (now 89) had money, a cool lifestyle, and a boyfriend. Ned was an older college man who didn’t boss her around and treated her as an equal. And her two best friends, Bess who was, as I recall, a girly girl, and George, a tomboy, were everything you’d want in your besties.
Also, she was really smart and clever. I loved how she figured things out and how, when she got herself into some scary situation, she knew how to get herself out of danger.

I worked my way through every one of those Nancy Drew books. Then I read all the Cherry Ames novels. Cherry didn’t push the envelope as much as Nancy, so I think she wasn’t quite as exciting.

Later I moved into novels like Little Women. I thought that writer and “renegade” Jo March was the most fun. Next Mary Queen of Scots grabbed my attention.  By then I was in high school and my reading was focused on the required reading of “the classics” like Dickens, Fitzgerald, and Salinger.  Hard to find powerful women in those books!
However, high school was also when I started watching old black and white movies. My imagination was getting inspired by stars like Katherine Hepburn, Bette Davis, and Mae West – feisty women who held the reins in their lives and their movie careers. They started shaping my thinking in a way that was a 180 from my upbringing.  While much of that laid dormant in my brain until I was in my thirties, the ideas of those strong women were percolating throughout my teens and twenties.

By then President Ronald Reagan had nominated Sandra Day O’Connor to be the first woman to serve on the Supreme Court, it was exciting that a woman was serving in the highest court of the land.

Since then we’ve had Ruth Bader Ginsberg – notorious RBG – and Sonya Sotomayor. But O’Connor was the first…and the glass ceiling breaker.

The late eighties brought Oprah Winfrey into my life.

She was like everyone’s best friend or big sister. Also, Barbara Bush, whose deep caring for reading attracted me, as well as her no-nonsense attitude. When I got married the first time, in the first of my Five-Year Marriages®, she helped me see a different way to have a marriage.
More recently, with all the ancestry products, I’ve been thinking about my own heritage. Both of my grandmothers were born in Italy and immigrated to the US. My maternal grandmother was newly married when she came to the United States with my grandfather. For them, as newlyweds, it must have been an adventure. Scary, of course, but they were young and forging new territories.

On the contrary, my father’s family was different. His father left his mother and sister, who was just a toddler, to make a new life for his family.  Once here, it took him 10 years to get a job, a house, and enough money to bring his spouse and daughter to live with him in South Philly. My father was born a year later.

I wonder what it was like for her, then a young woman, to live as a single mom, waiting year after year for her spouse to send her money to live and then – finally – tickets.

Was she understanding, or angry and resentful? I also wonder if her family told her to forget about my grandfather and find someone else…or if the men in her village tried to get with her. And if she had an affair while waiting…or if my grandfather did.

Yes, I think Women’s History Month still matters –  even if it’s just to get women thinking about where they were and where they are, as the foundation for where we’re going.

What do you think?

The Victorious Woman Project is a female empowerment resource for midlife women. Founder Annmarie Kelly shares stories of victorious women through blogs, articles, radio interviews and podcasts who overcame difficult life challenges and reclaimed their personal power, found happiness and personal fulfillment. Through their stories and advice, along with books, classes and downloadable guide, you too can create a life you love living!