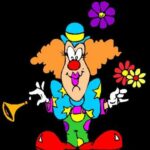 Yesterday I met with my friend and spiritual mentor, Jeanne. For some reason, she mentioned Phyllis Diller and Diller became part of our conversation. Jeanne called me later in the day to tell me Diller had just passed away. We were both a little freaked out by the coincidence.

Phyllis Diller was a trail blazing Victorious Woman. Born in 1917, she followed the standard life path dictated to women through most of time until the latter part of the twentieth century: she got married, became a housewife and had kids – five of them – by the time she was thirty-nine years old.

And then something changed.

When she was a contestant on a 1950s television show, world-famous comedian Groucho Marx told her she was funny – and Diller was off to the races! She used herself as her source of comedy, often poking fun at her looks, her body, and her homemaking skills. But the self-deprecating humor for which she was famous masked her off-screen smarts. She used those skills to become, in her forties and fifties, one of the hottest guests on television. Diller even had her own show for a while and appeared on Broadway.

Until Diller, funny women, like Lucille Ball and Vivian Vance, used their comedic talents in their acting. Diller paved the way for other women in standup, like Joan Rivers, Whoopi Goldberg, Roseanne Barr and Ellen DeGeneres.

Phyllis Diller brilliantly managed to keep her late-blooming career going into her eighties.

After her passing yesterday, one of the funniest retrospectives of her life was on GMA. Talk a look and have yourself a Diller-style laugh: https://abcn.ws/PC6AIe
And here are some great pics of Diller over the years: https://bit.ly/OuxuQR