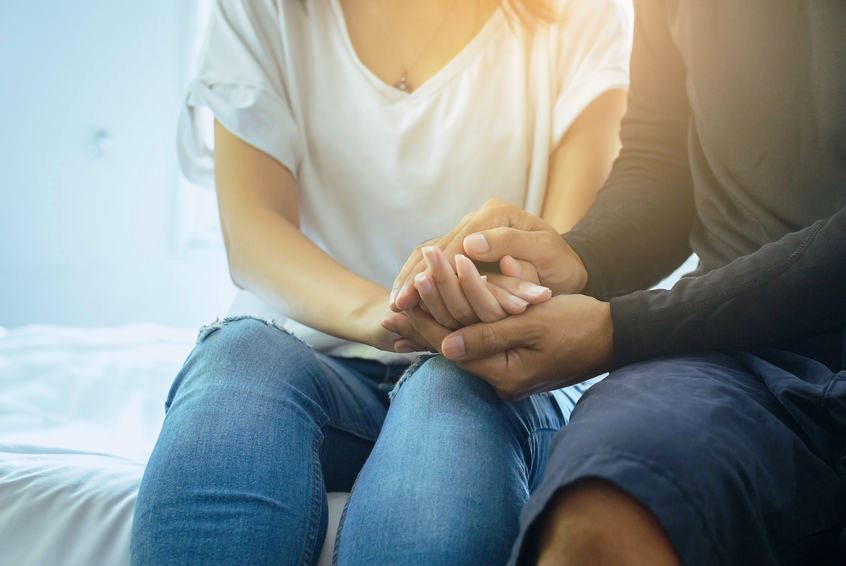 “I’m sorry,” Ken told Patty when she found out that he forgot to pay the credit card bill. “Who cares if you’re sorry,” Patty spit back angrily. “Now we have to pay interest AND a late fee.” Feeling guilty, Ken repeated his apology and assured her, “it won’t happen again.” But it did happen again. And, again, Ken said “I’m sorry.”

Everyone can make a mistake and forget sometime from time to time. However, while forgetting one time is an accident, multiple times is a pattern of behavior.

Patterns Either Build or Destroy

A pattern of behavior is any behavior that is consistently repeated. Paying attention to them in a relationship is important. Noticing both good and bad behavior patterns matters to your relationship. In fact, it can even save it.

For example. if your partner kisses you before going to bed and says “I love you”, that’s a positive pattern, and you like it. The more of that kind of pattern that you build into your relationship. Noticing that pattern gives you an opening to compliment your partner (“I love that you remember to kiss me goodnight”), which creates good feelings. It also can encourage your partner to do more things like that.

Obviously, love patterns aren’t the ones that cause trouble. The ones that do are the patterns that chip away at he trust between you.

Talk is Cheap and Actions Speak Louder Than Words

When it comes to love and relationships, trust reigns supreme. It’s the cornerstone of emotional safety and true intimacy. Patterns that don’t build trust weaken any relationship.

When your partner knows you don’t follow through on what you say, that pattern of behavior invariably leads to trouble. It did for Patty and Ken.

Talk is cheap and actions speak louder than words. Ken’s lack of follow through and the resulting “I’m sorrys” did nothing but make Patty doubt his every word. Patty no longer trusted Ken to pay any bills on time. So Patty decided she’d do it – and add another thing to her list of house things. It started a little piece of resentment that grew with each month that Patty paid that bill.

Resentment is a funny thing. It’s sticky – like fly paper. Once out there, other things stick to it; it grows.

Patty’s resentment started sticking to other things – like that time Ken was supposed to pick Patty up and was a half-hour late. “He has no respect for me or my time,” Patty groused as she stood waiting for Ken to show up. Of course, as soon as Ken got there, Patty let him have it.

Of course, Ken apologized, but so what? Patty heard plenty of Ken’s apologies and, based on Ken’s patterns of behavior, believed they were meaningless.

Patty and Ken were on the path to breaking up.

Can This Relationship Be Saved?

Was there anything Patty and Ken could do to bridge the gap that was growing wider all the time? Yes! Here’s a Five-Year Marriage Method called The Family Meeting. Ken and Patty make a date to meet to discuss the problem. They meet outside the house, at a local coffee shop (keeps things civil). At their meeting…

If Ken and Patty can’t work it out alone, it’s worth seeing a marriage therapist or someone who can help Ken figure out what’s going on with him.

In The Five-Year Marriage, couples meet regularly in Family Meetings to work on problems like shared responsibilities. They aren’t making off-handed agreements on the spur of the moment. Instead, they discuss and make agreements to each other consciously, write them down, and follow-up at the next Family Meeting.

Created by Annmarie Kelly, the Five-Year Marriage® is a method for restructuring marriage agreements every five years to take into consideration external and internal changes happening to each person in the relationship. This periodic assessment of each person’s happiness, fulfillment, obligations and goals creates a safe space for each person to grow and change, together. The result is a relationship that grows stronger and more intimate over time. This collection of articles is a deep dive into the  different concepts proposed in the book, The Five-Year Marriage® and deserve a space for additional exploration and discussion.